Jambiya is a representative of Eastern culture. These daggers are a family heirloom in the countries of the East, and some ancient samples are more than 100 years old.

An excursion into history

In the late 90s of the 20th century, archaeologists discovered a statue of Madi Karb. This is the king of the Himyar state. The statue is dated 500 BC. The ruler has a weapon with a shortened traditional curved sword. Scientists believe that this is the first jambia.

Arabs from the Arabian Peninsula exerted influence in India, Southern Europe, North Africa and the East. The dagger was in demand from Morocco to China, and also became widespread in the Balkans.

Translated from Arabic, the word Jambiya means “side” and is associated with wearing on the side. This name has not changed in 1000 years.

The device has a short blade and is essentially a reduced variant of a sword. Usually the length of the Jambiya is no more than 40 centimeters. Arab weapons were additional in close combat, since for a full-fledged battle, the Arabs used:

The small blade was freely used in battles with lightly armored Eastern knights.

High–quality steel is the basis of a double-edged blade. In the manufacture of such curved Arab dagger, Damascus or Bulat steel technology is sometimes used. On average, the length of the blade reaches 25 – 30 centimeters.

The blade has a curved shape, and a wide base covered the hand. Thus, there was no need to use a guard.

Most of the daggers fall on this part. First of all, the hilt of the handmade dagger determines the status of the owner. There are variants made from rhino horn, which is a very expensive treat.

These models are acquired by very wealthy citizens. Sayfani (ephesus) have different color shades. The Hashemites, representatives of a powerful Arab tribe, have such copies. They belong to the elite.

Over time, the hilt changes its shade: it darkens, and then becomes mother-of-pearl.

Basically, the handles are made of the following materials:

The handle was solid, thin, sharp flat extensions were present at both ends. The guard was formed at the junction of the extension of the handle with the joint of the blade. This contributed to the reliable fixation of the hand in battle.

The scabbard is placed behind the belt. The tanned leather of the belt is embroidered with golden thread, surrounds the waist and fixes the product. Most often they are made of wood, the top layer is covered with fabric or metal.

Often decorated, which in turn emphasizes the welfare of the owner. The production of the scabbard consists in: 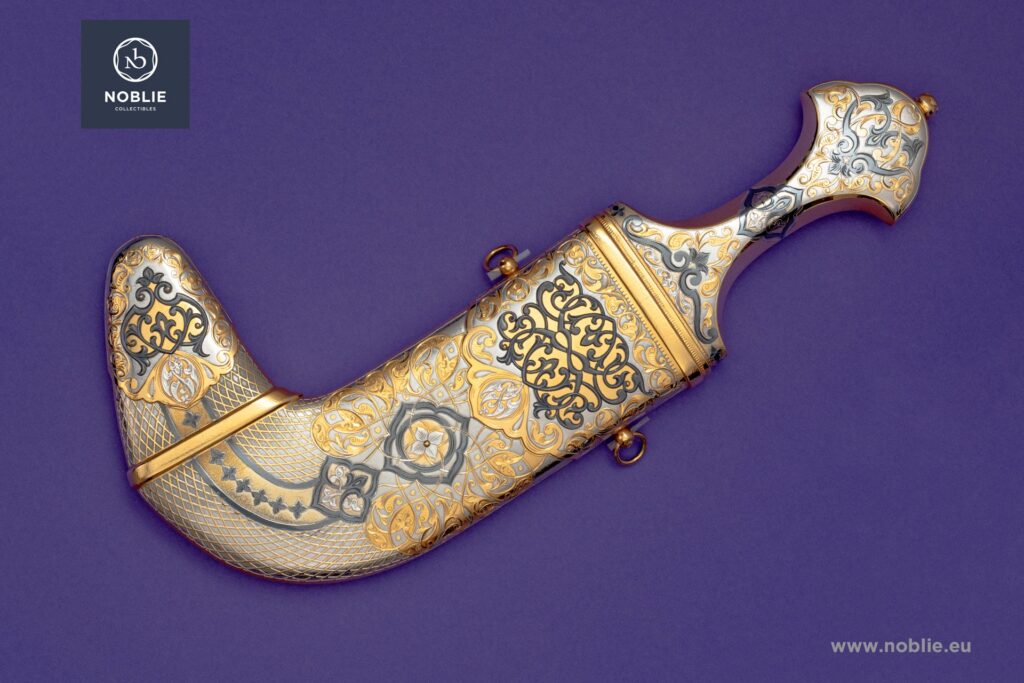 Jambiya is the personification of status. It has not been forgotten by the Arabs for more than 1000 years and is a national treasure in the countries of the East.

You can buy the exclusive Jambiya dagger here. 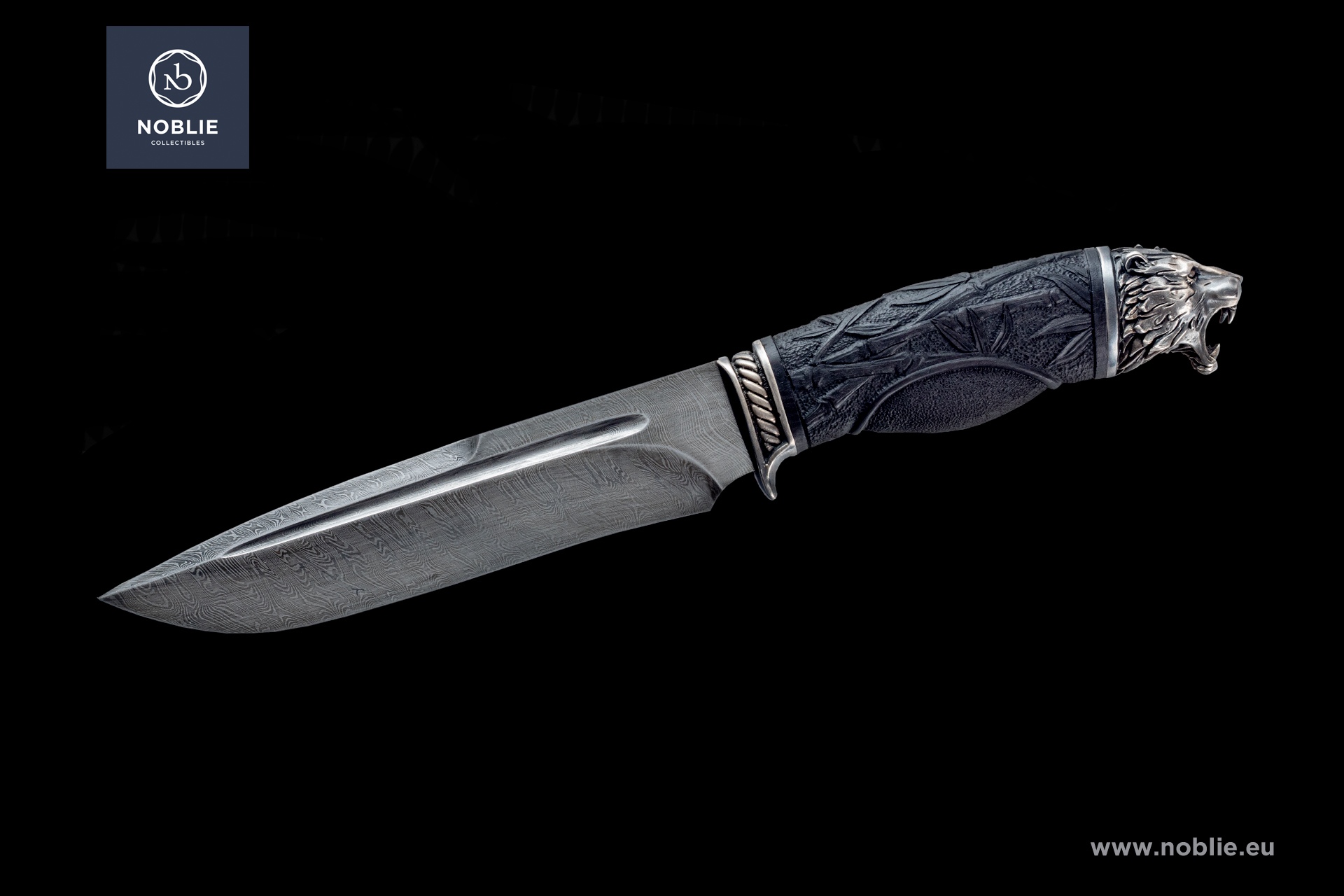 What is the fuller on the knife for
At first glance, the design of any cutting tool has no difficulties, but in fact, each component – a recess, protrusion or notch – has a specific function. And if even an amateur can figure out the function of a blade, a ricasso or a handle, then such an element as a fuller on a knife causes a huge amount of controversy and speculation.
Read 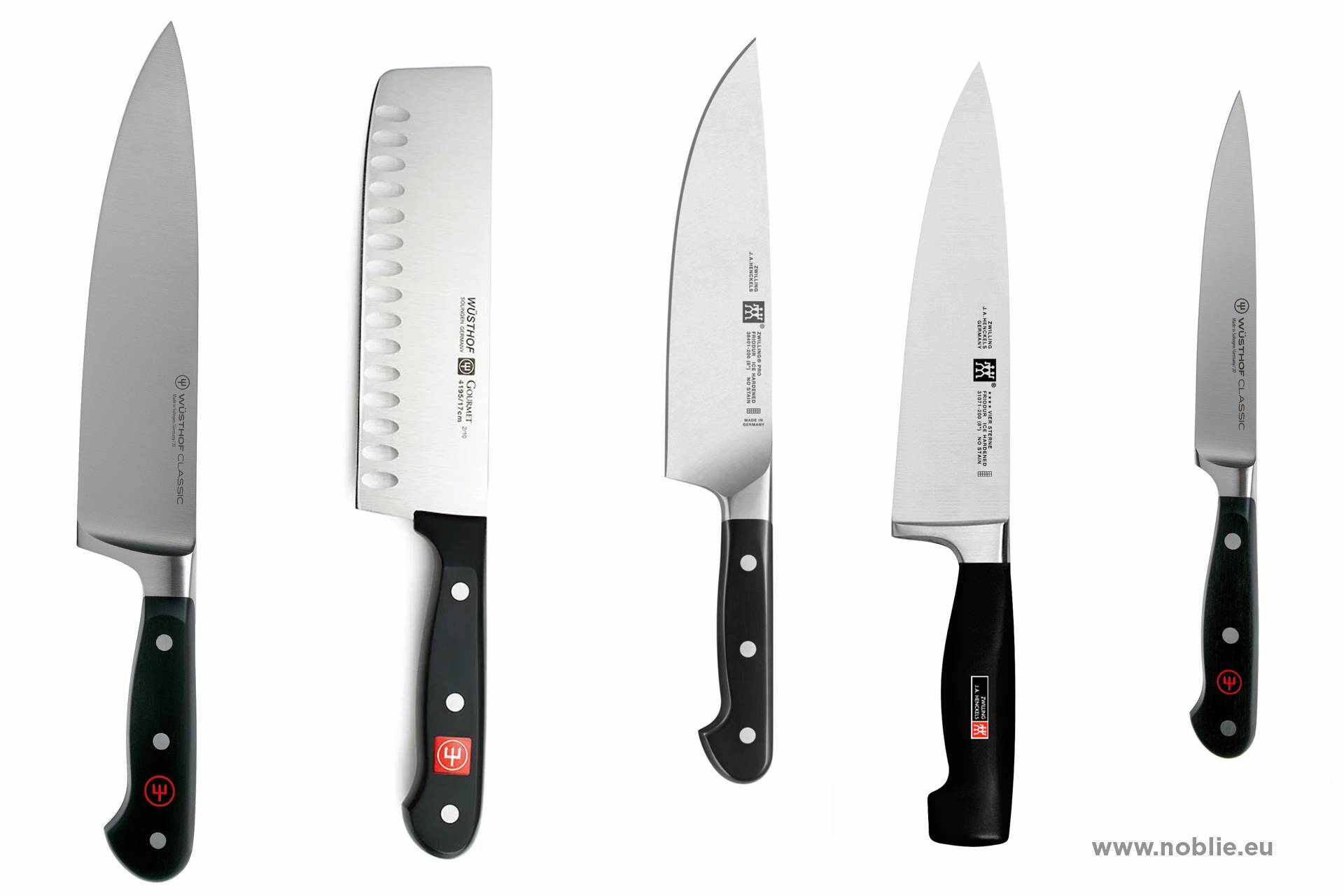 BEST GERMAN KNIVES
A good knife is an essential tool in any kitchen. It can make food preparation faster, easier, and more enjoyable. When it comes to knives, German knives have a reputation for being some of the best in the world. The combination of skilled craftsmanship, high-quality materials, and centuries-old traditions have made German knives a favorite among professional chefs and home cooks alike.
Read 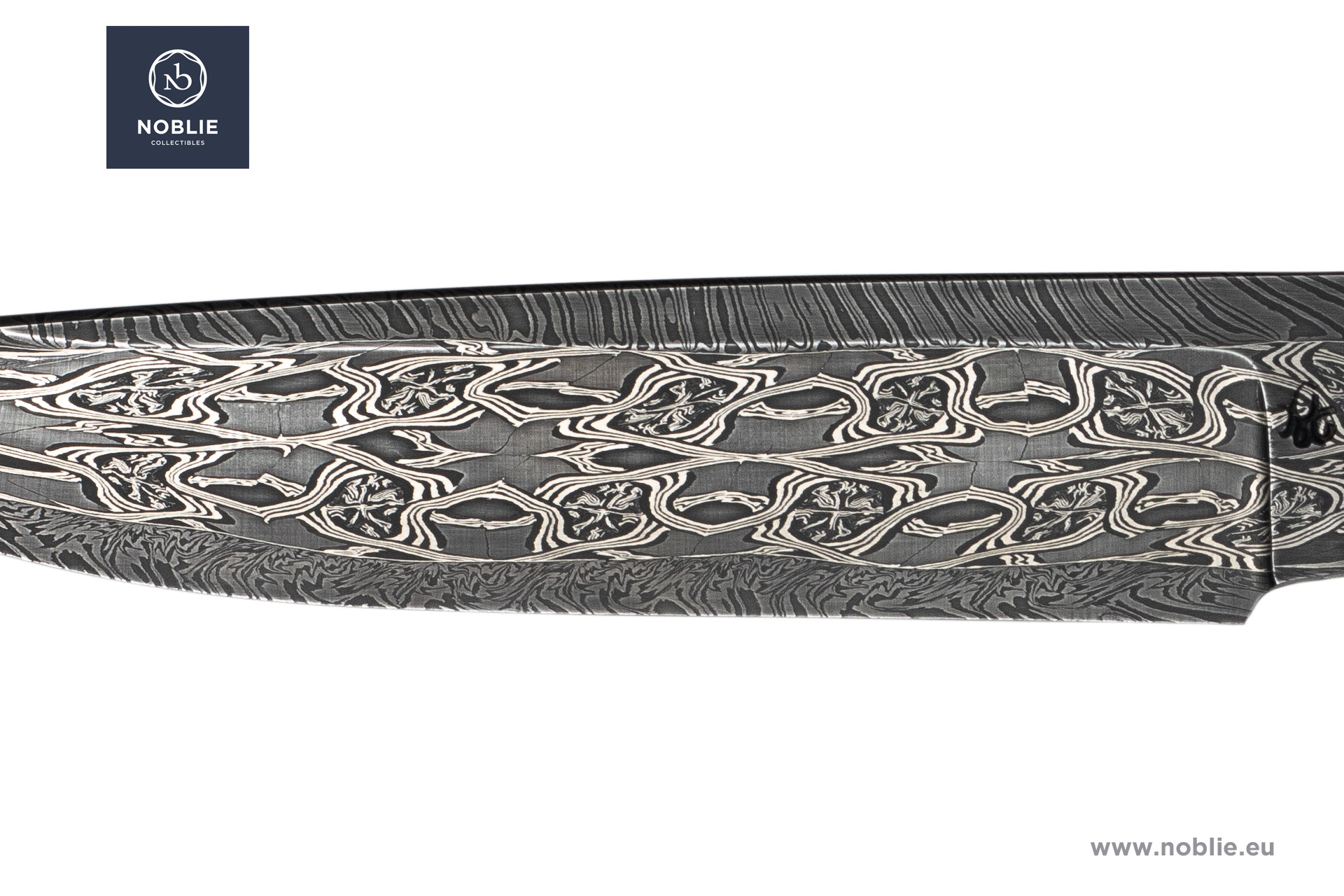 Pattern welded steel
One of the most popular types of steel, Damascus steel, is well known for having a light-dark pattern, but the texture of the material resembles waves and water surfaces. Such steel is popular not only because it is very beautiful. One of its valuable qualities is the hardness and flexibility of the material.
Read
Rating: 4,7 - 48 reviews
Read all customers reviews of Noblie knife store