Damascus steel is a type of steel for manufacturing of edged weapons, traditionally used  in the Near East. The blades made of Damascus steel are characterized by distinctive patterns of banding and mottling reminiscent of flowing water. They are reputed to be tough, resistant to shattering and capable of being honed to a sharp, resilient edge. 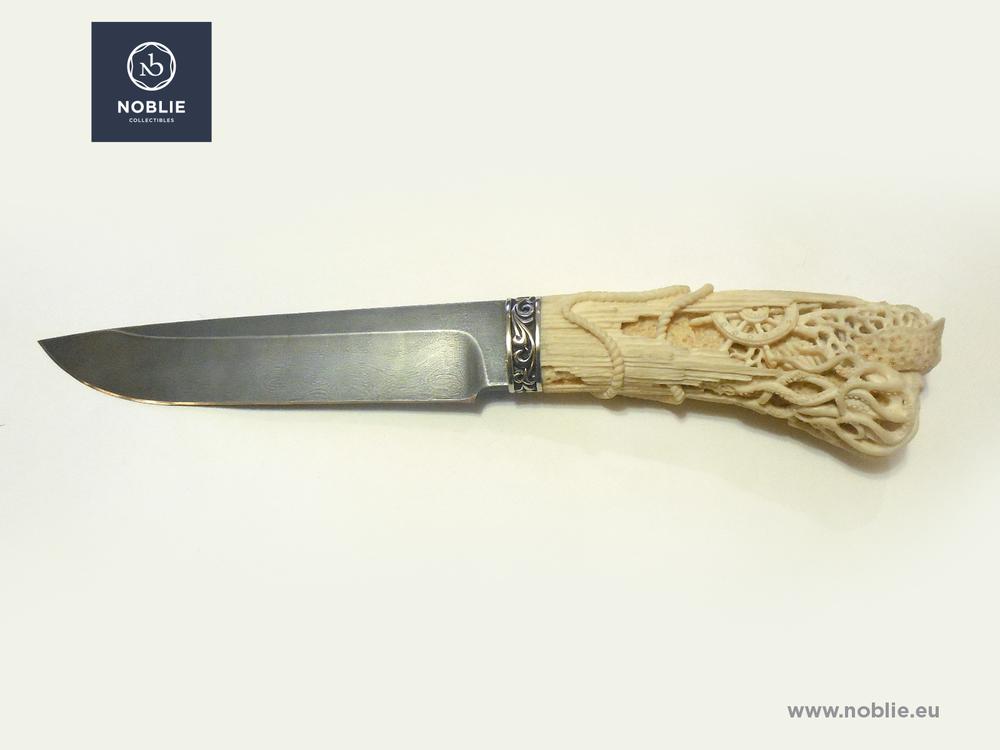 The name comes from Damascus, the capital city of Syria and refers either to blades made in this area or to  typical patterns of  blade decoration .

The art crafted blades from Damascus steel became legendary not only for the exceptional quality and the beauty of the patterns, but for that the original technique for controlled thermal cycling after the initial forging at a specific temperature has been lost in time. In now days we nave only attempts to duplicate  the quality of the  metal but due to differences in raw materials and manufacturing techniques it is hard to reach. Certain types of modern steel outperform these edged weapons, but they don’t have the super plasticity and hardness of the Damascus blades.

Although it is called “Damascus”, history of this steel started in sixth century BC when appeared the process of crucible steel production. Invented and developed in Sri Lanka and India, it was the wootz steel that was pioneering for all alloy matrix methods. 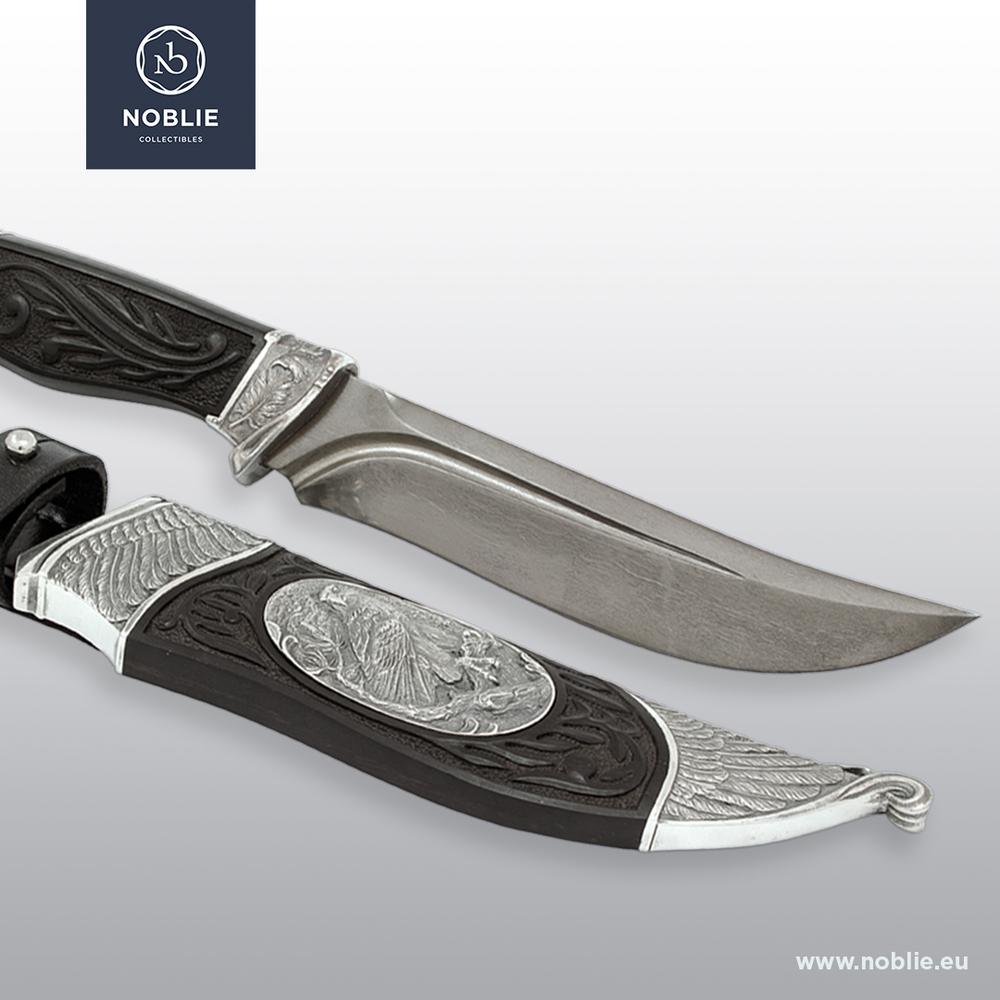 The structure of  wootz steel was formed by sheets of micro carbides within tempered martensite  or pearlite matrix in higher carbon steel, or by ferrite and pearlite banding in lower carbon steels.

The Tamils of the Chera Dynasty in Sri Lanka  produced what was termed the finest steel in the world, i.e. Seric Iron. They used the Tamilakam method   of heating black magnetite ore in presence of carbon in a sealed clay crucible inside a charcoal furnace. The carbon source was bamboo and leaves from plants Avarai. This early steel making method employed an unique furnace,driven by monsoon winds. After being produced the steel was exported in counties abroad as ingots of iron that came to be known as “Wootz.” The ingots would then be further forged and worked into blades. The Arabs first marketed this steel then introduced it in Damascus, where they started to develop industry of weapon making. With the years the blades and weapons made of this steel became famous all over the world by the name of city where they were produced.

Production of patterned Damascus blades gradually declined, ceasing by around 1750, and the process was lost to metalsmiths. The domination of fire arms, the breakdown of trade  routes to supply the needed metals ,the lack of  trace impurities, the possible loss of knowledge  of the crafting technique through secrecy and lack of transmission, suppression of the industry in India in by the Britain may be accepted as reasons for the decline of Damascus steel industry.

Although the modern attempts to achieve the qualities of the legendary Damascus steel are away from the original, the patterned blades are thought to be exquisite piece of art in weapon making. 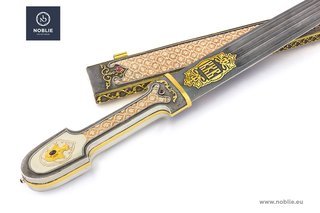 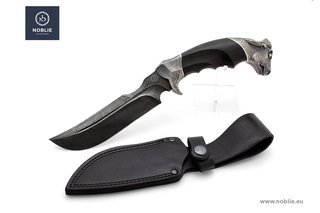 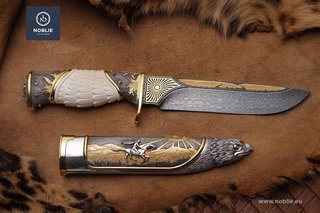 The beauty of an art knife
Handmade author's knives are usually created in a single copy or produced in a limited edition. An exclusive gift will be especially valuable if you select a product with an unusual handle or with an original knife blade.
Read