For safety and convenience, a sailor must have a knife. Most sailors carry special pocket knives with them, but sometimes they also need a dirk, which can be used differently. Dirks were developed taking into account the specifics of seafaring and are still used today.

A little digression into history of dirks

Pirates were the first to use dirks as weapons in seafaring. It is quite logical that they preferred long, thin and sharp dirks to daggers and rapiers. In the conditions of ship combat, they are much more effective than any other weapon. Gradually, the length of the dirk changed and was about 80 cm closer to the end of the XVI century. A little later, the blades became popular among the general population, as well as land military and hunters.

In Russia, during the time of the tsars, the dirk became a mandatory attribute of naval equipment. And gradually it acquired symbolic significance, becoming an award type of weapon. 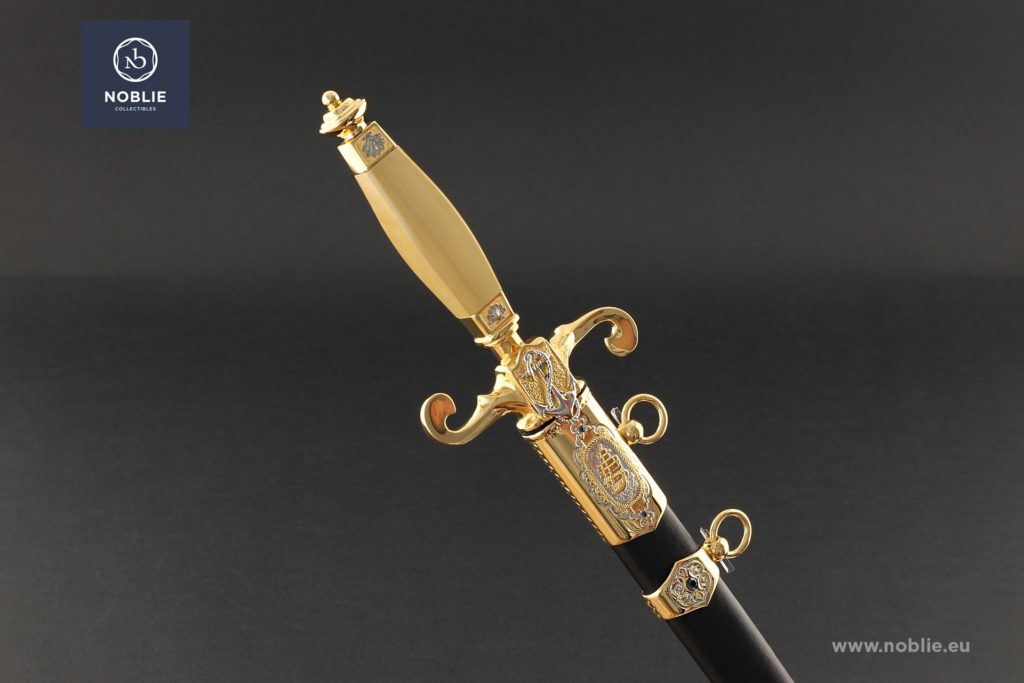 The first dirks were a cross between a saber and a dagger. They were developed in England. Almost immediately, the French also began to use them, having modernized them for their own convenience. In the future, they were divided into English and French versions. They differed in their shape:

It is possible to distinguish the common features of the most common dirks at that time. The blade was sharpened on both sides. The blade itself was quite narrow with a length of up to 36 cm. Rigidity was provided by a special chute along the entire length. The hand was protected by a large-sized guard. All these characteristics made it possible to effectively use the dirk in a confined space. 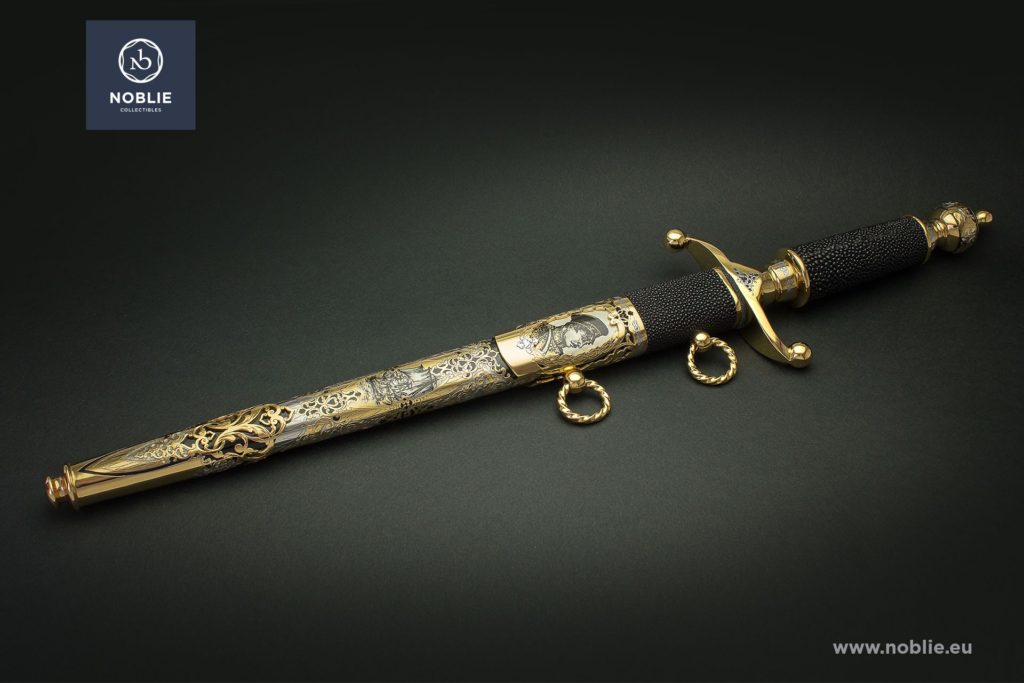 The transformation of rapiers and swords into dirks

The British were the first to notice the superiority of the shortened blade. And deliberately began to shorten their swords and rapiers. The fashion for a small wedge quickly moved into land combat conditions. At the beginning of the XVII century, the first products had such parameters: 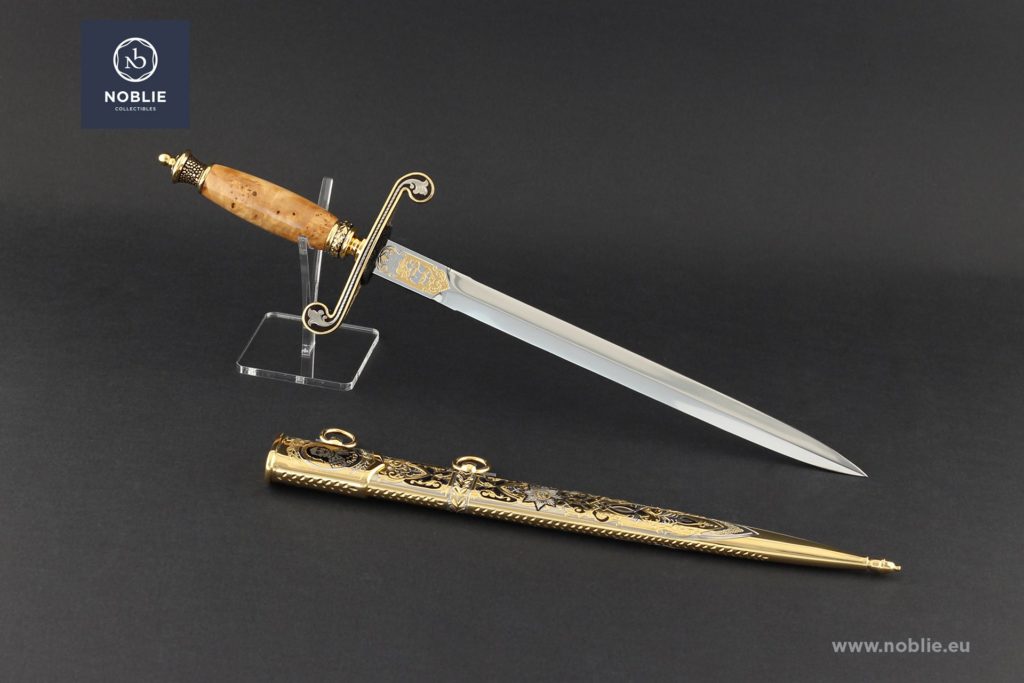 The appearance of the prototype of the modern dirk

In the middle of the XVII century, truncated rapier blades were used when fighting in a confined space. In street fights, the cutter demonstrated itself perfectly. And only by the end of the century sailors became interested in blades. Dirk is a trimmed sword blade, sharpened dagger figuratively.

In the XIX century, the production of dirks began in various countries. Their purpose was already specific – for Naval officers. There are first thoughts about the mandatory attribute to the form. The blades of the products did not exceed 410 mm, the handle was covered with leather.

In different countries, the use of materials for the manufacture of dirks differed. The guards and pommels of the handle were made in the form of predatory animals and birds. The color solutions also had differences. It was only in the XX century that dirks became official attributes of military uniforms in many countries. And they began to have a stricter look. 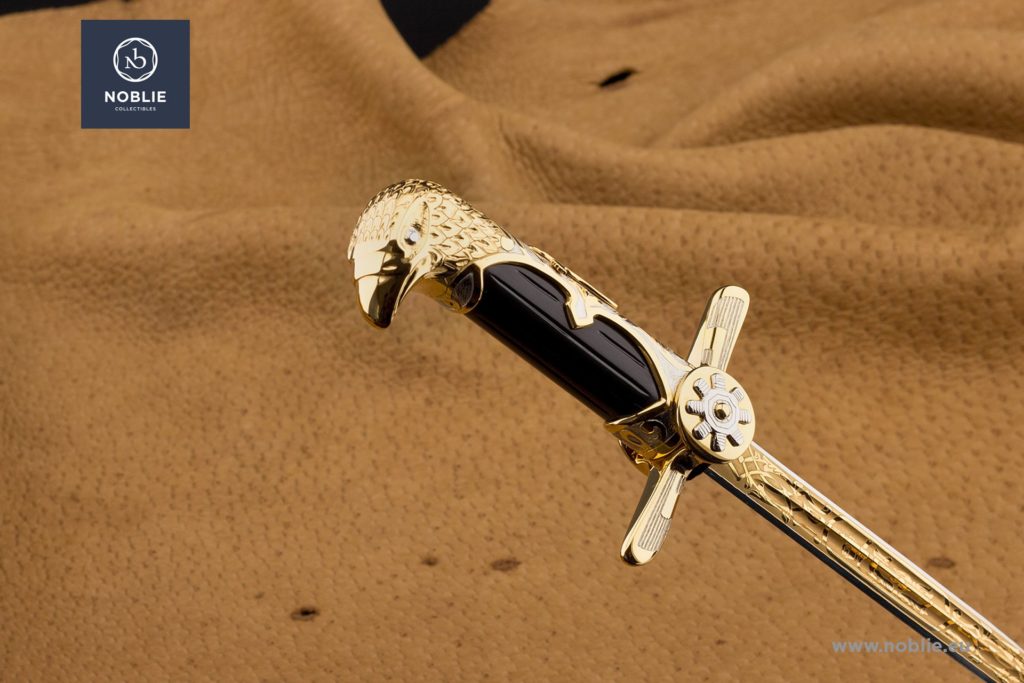 For a long time, there were no standards for the manufacture of officers’ dirks. The length, shape of the handle and guard were very different. Since the XVII century, common features began to appear in armory workshops – a transverse shape and certainly the presence of a guard.

Already closer to the XIX century, specific dimensions appeared, the length of the blade was at least 300 mm and the handle was made of ivory. In 1913, they decided to spare the elephants. The handles were made of wood or metal and covered with genuine leather.

Over time, the dirk lost its relevance. But it wasn’t given up at all and the dirk became a beautiful attribute of the officers. By the presence of the product in a person, it became clear that an important person was in front of you. 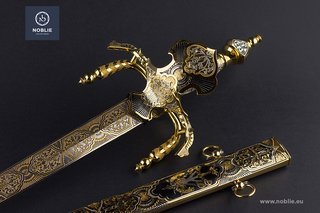 Collectible daggers 2018
Quite often, having bought a knife, we catch ourselves thinking that we want to buy one more, and then this one and this one. At some point, we admit to ourselves that we are starting to buy knives without any system and meaning. At this moment it's time to understand and accept the terrible - I'm a collector.
Read 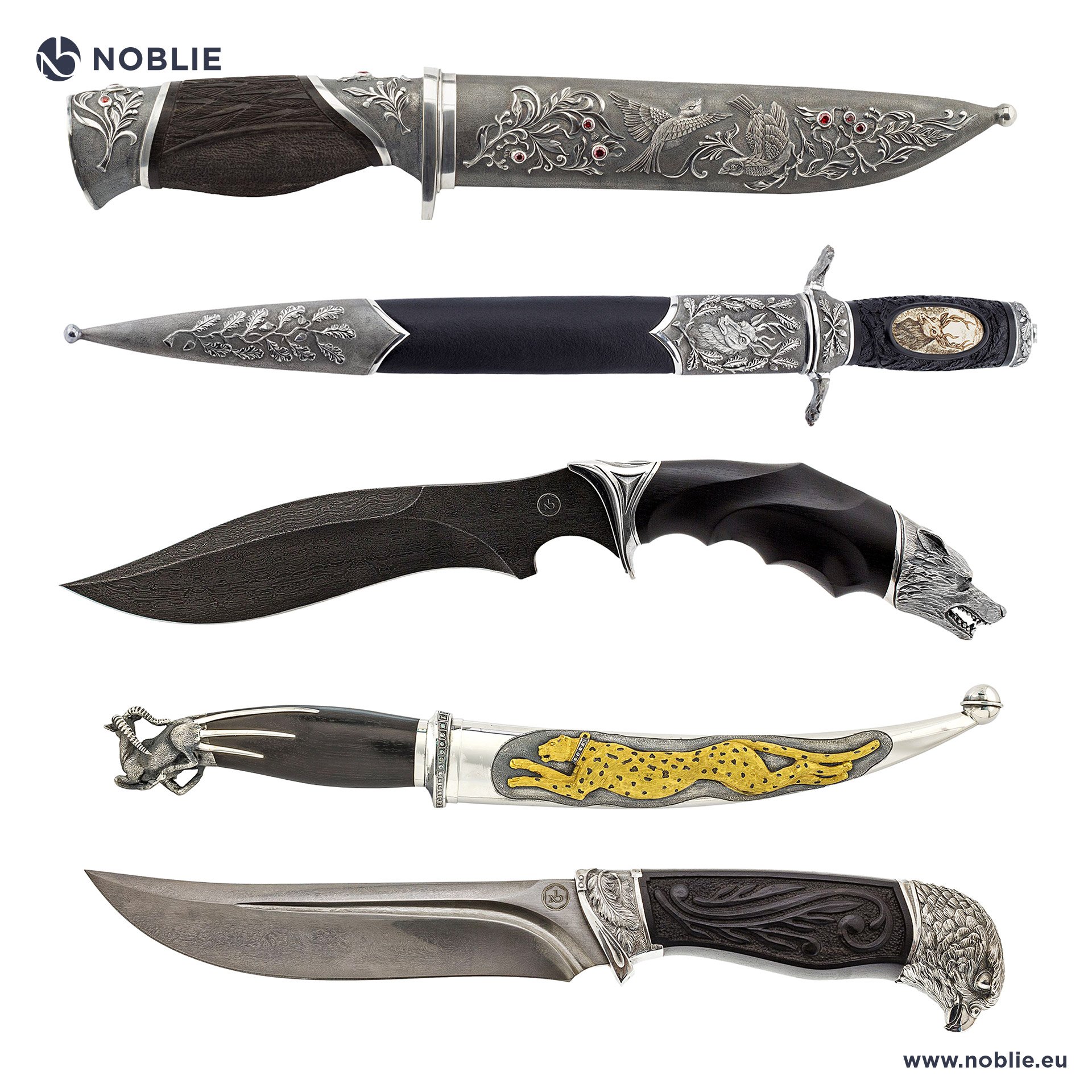 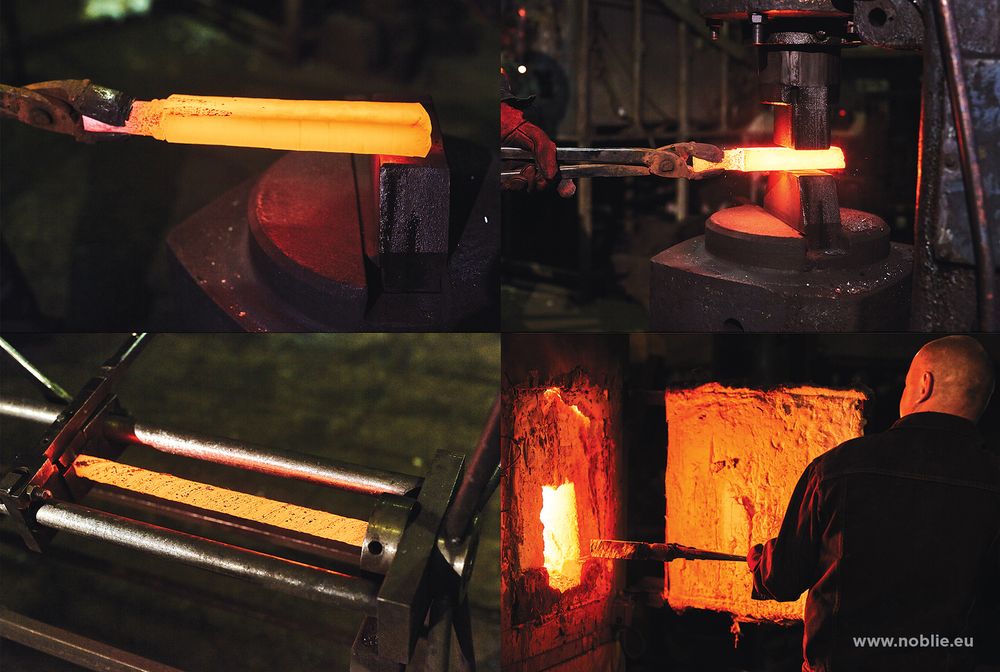 Powder steel – what is it?
Powder steel causes a real stir in the world of knives today. If the custom knife is made of powder steel, then it usually costs more than usual. But, of course, it's not just about it: powder steels have many features and differences from other types of steels.
Read
Rating: 4,7 - 48 reviews
Read all customers reviews of Noblie knife store