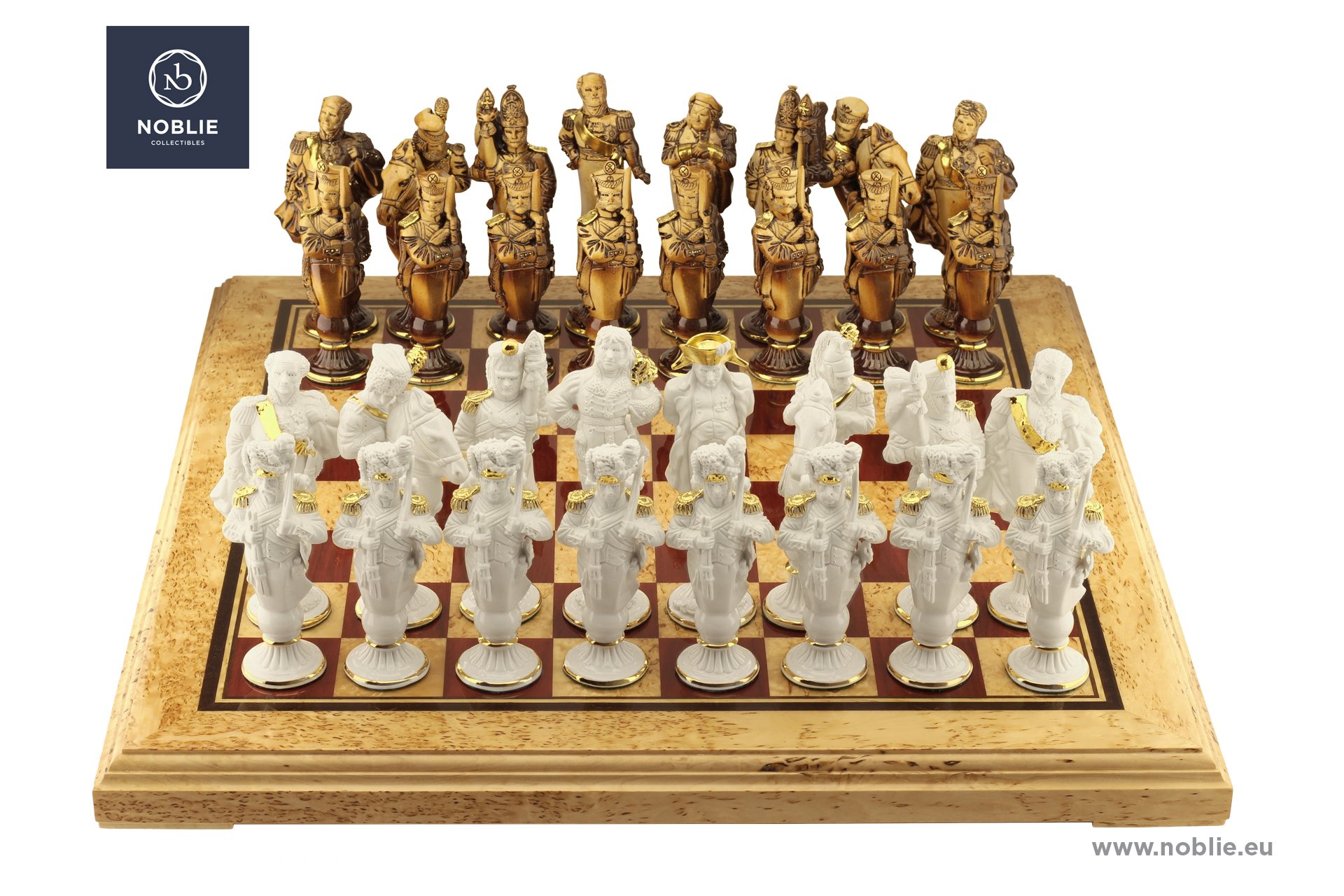 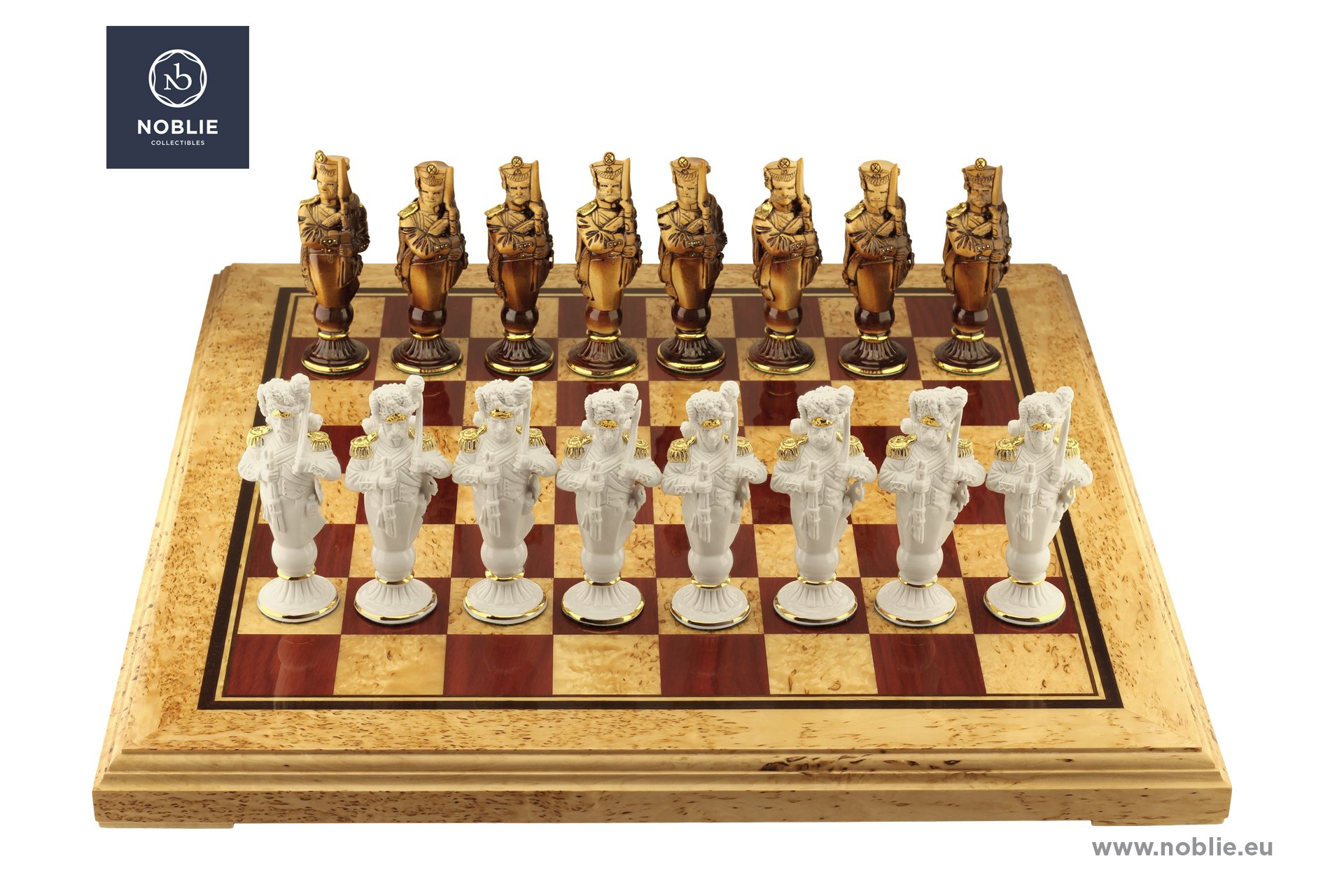 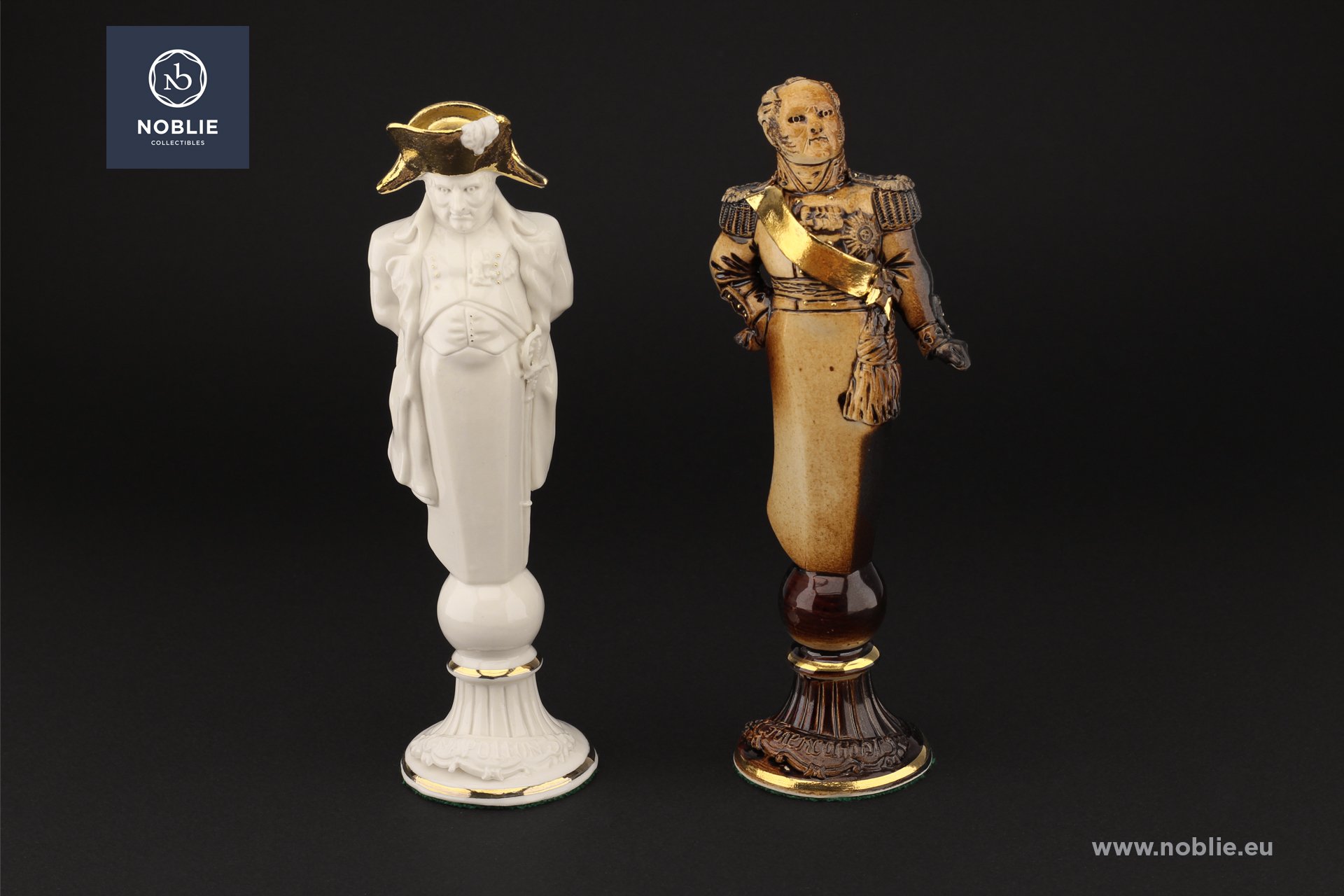 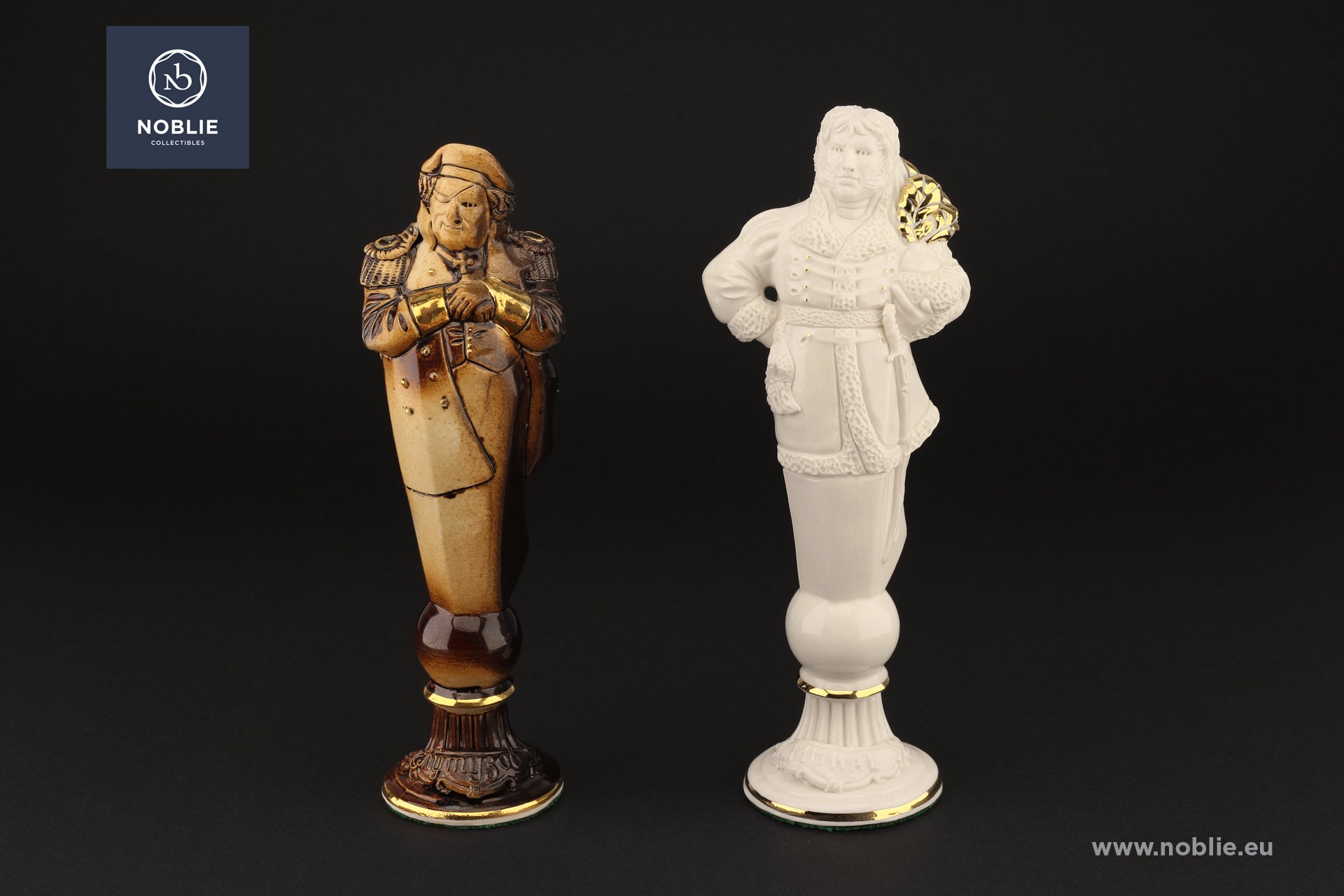 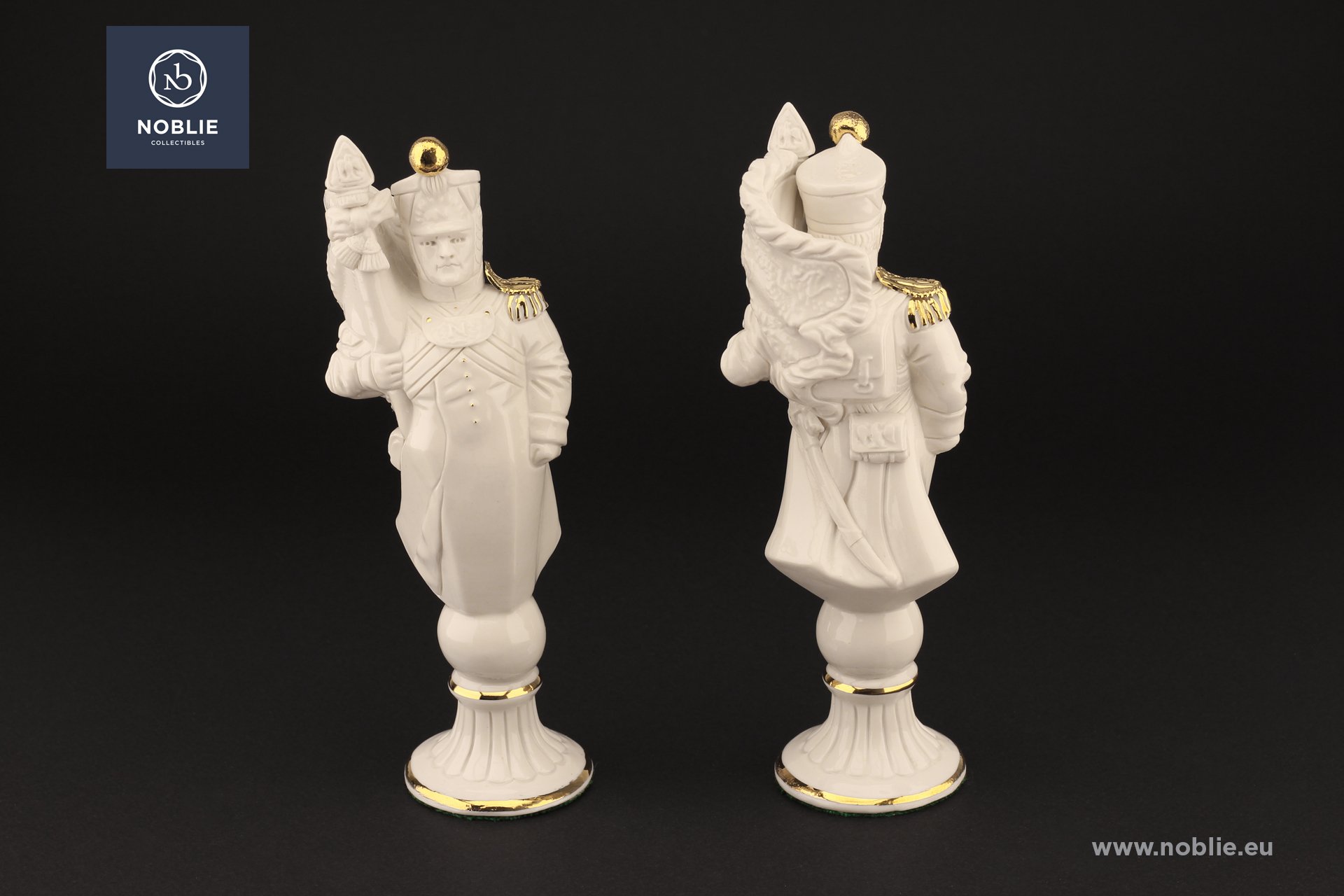 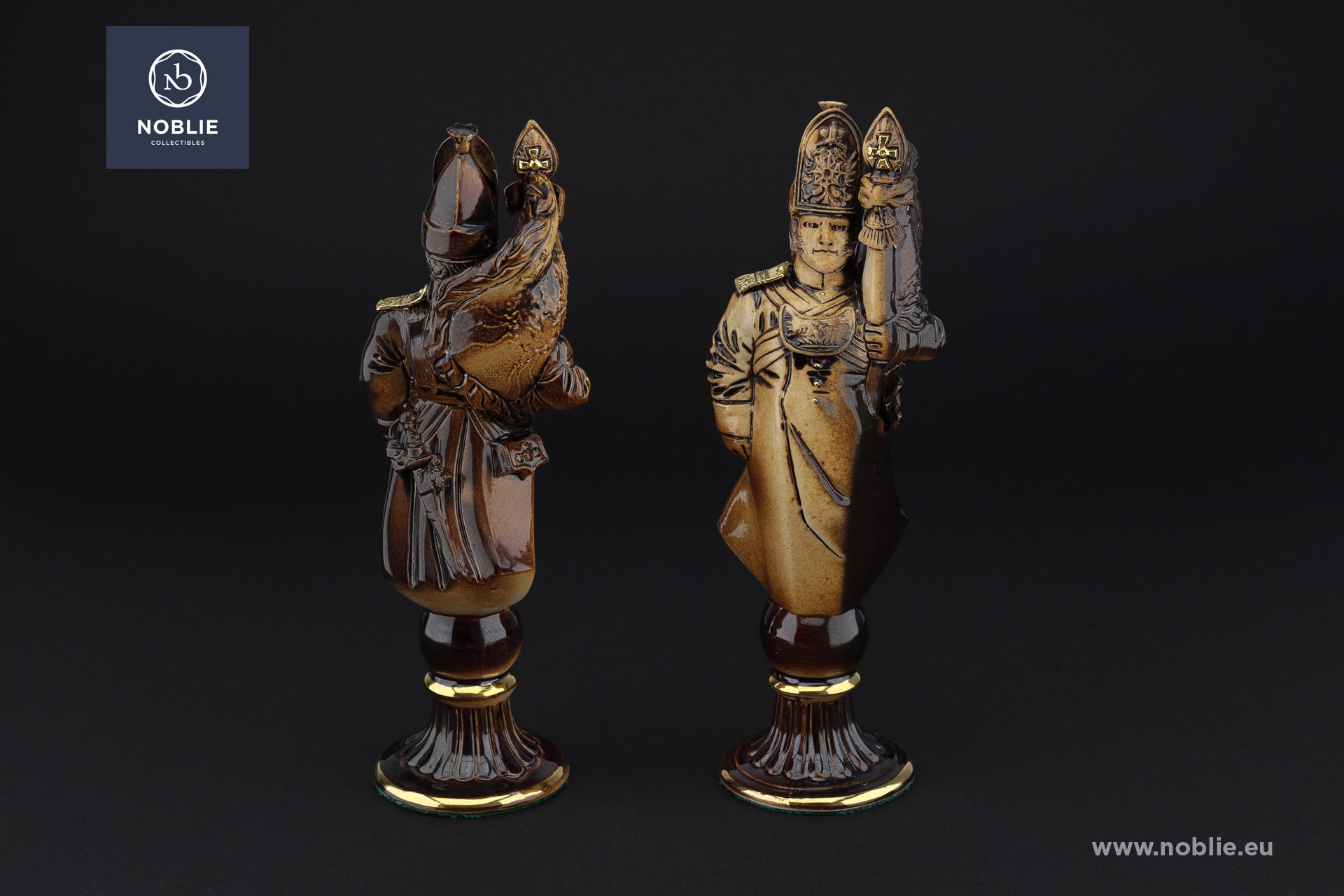 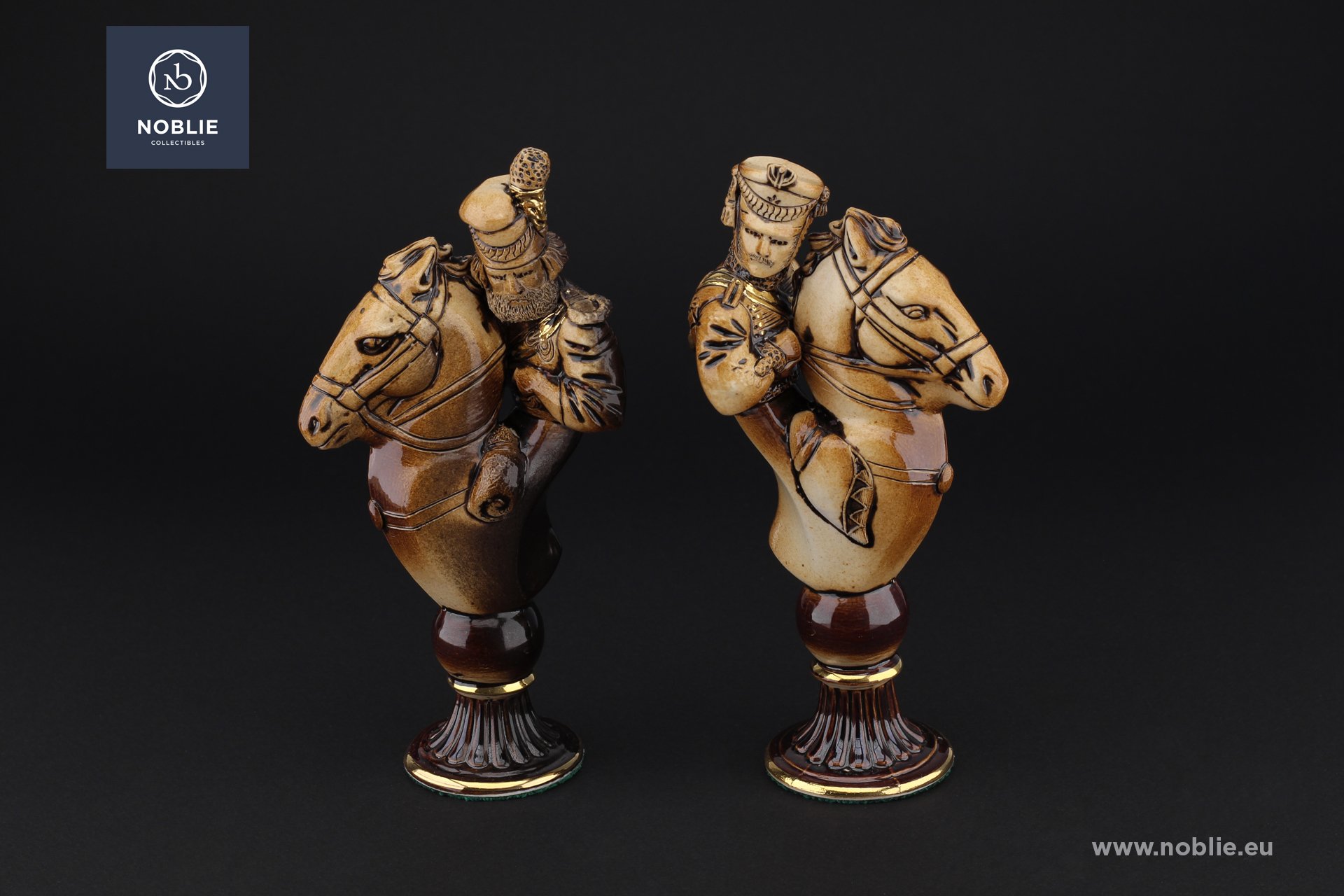 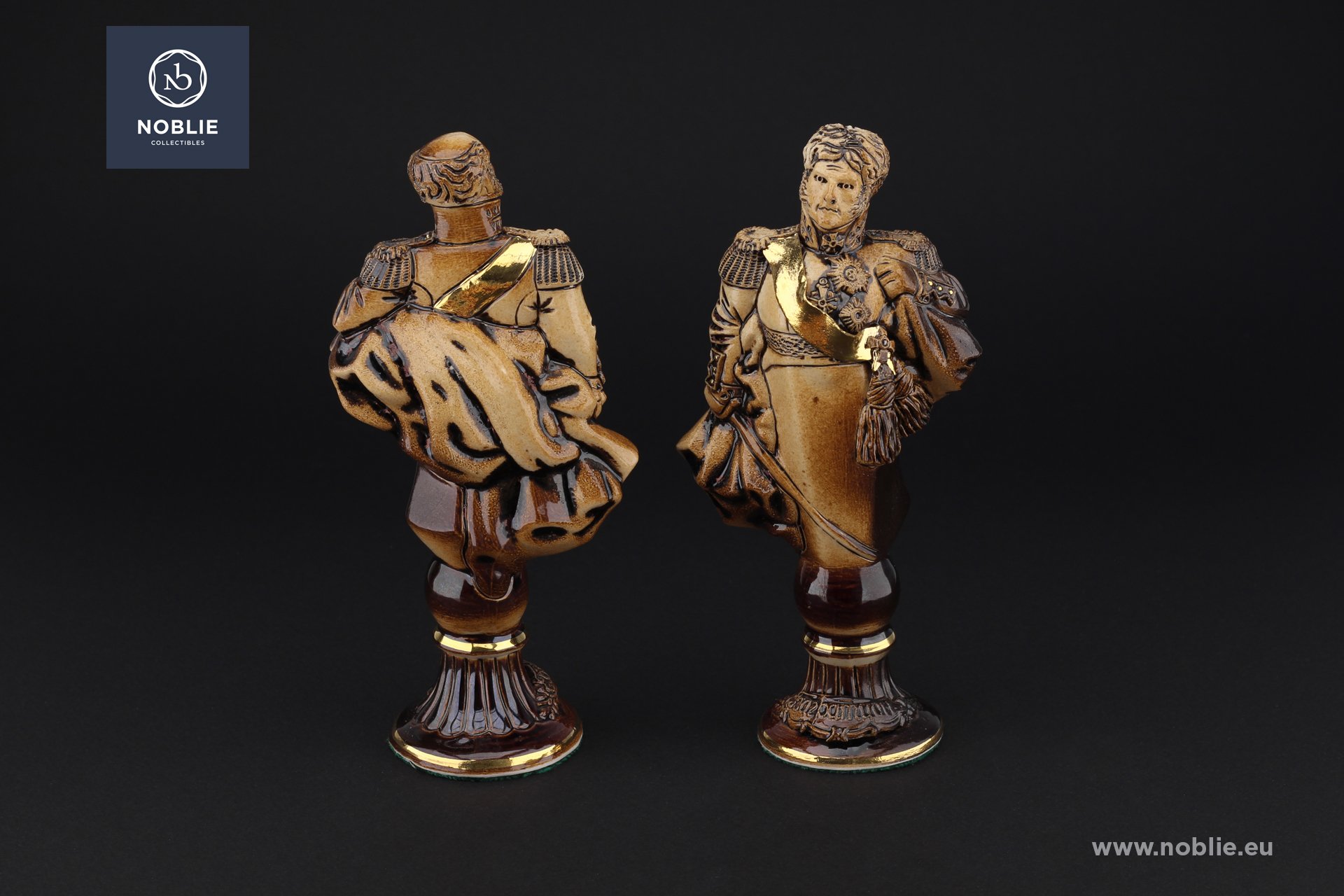 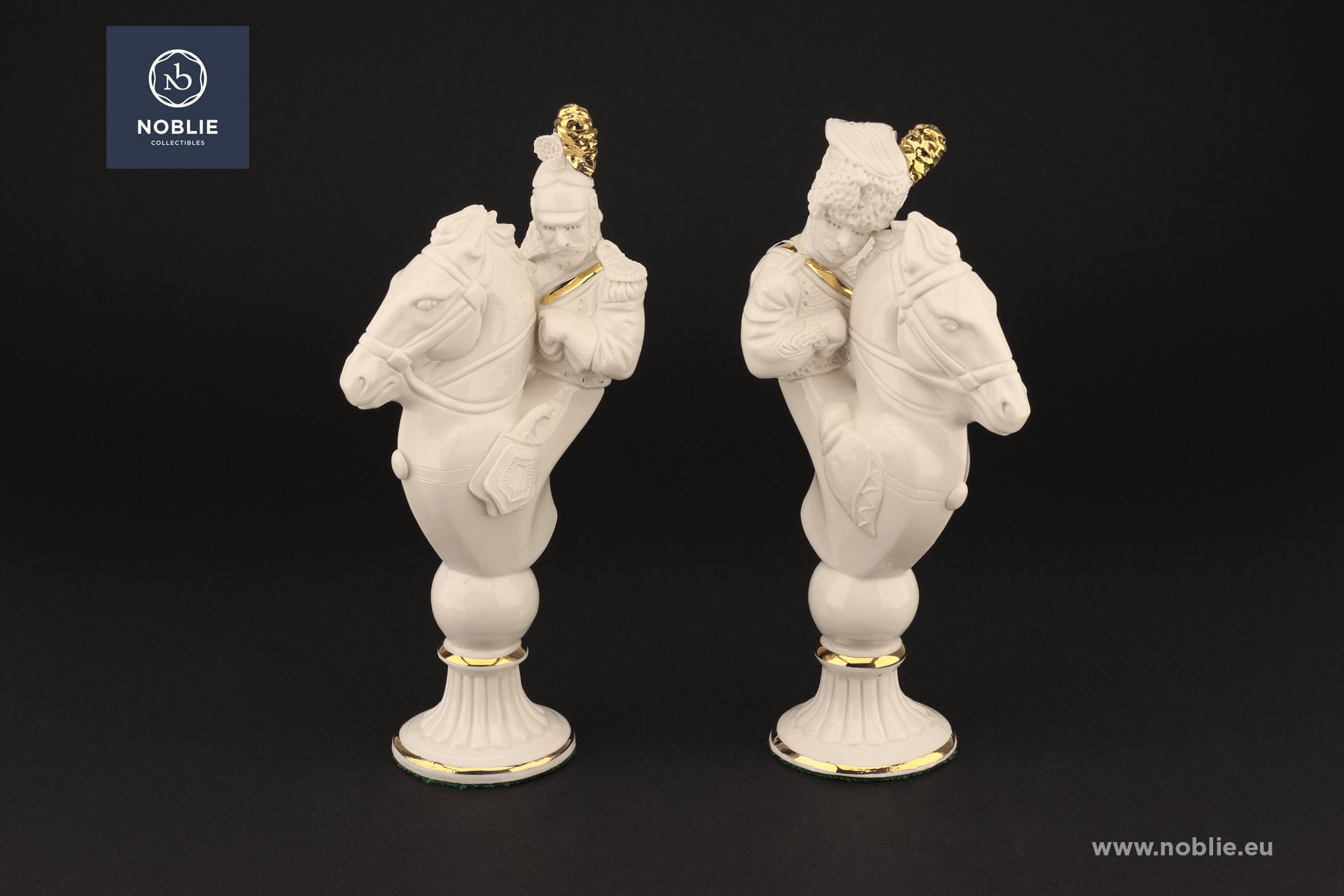 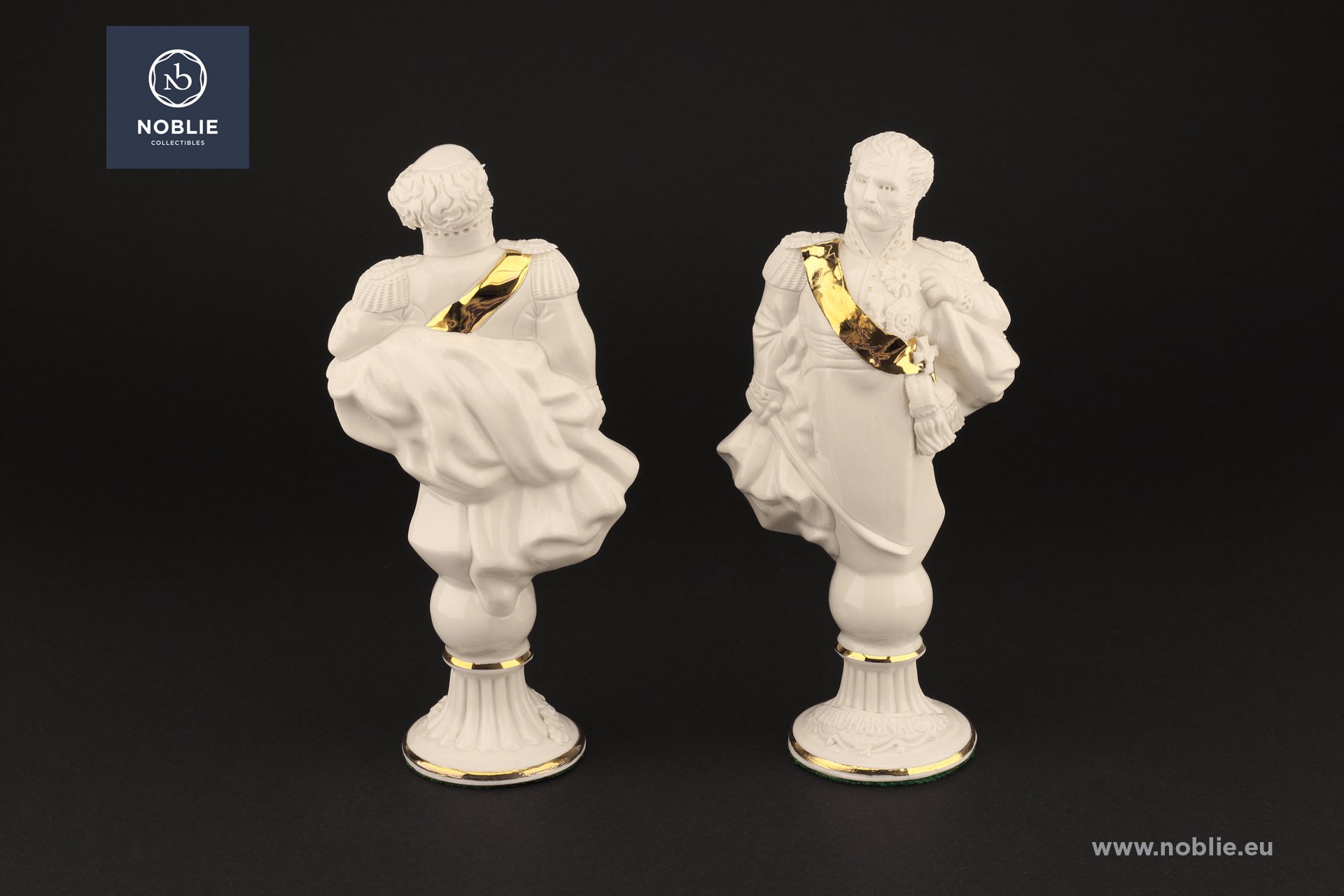 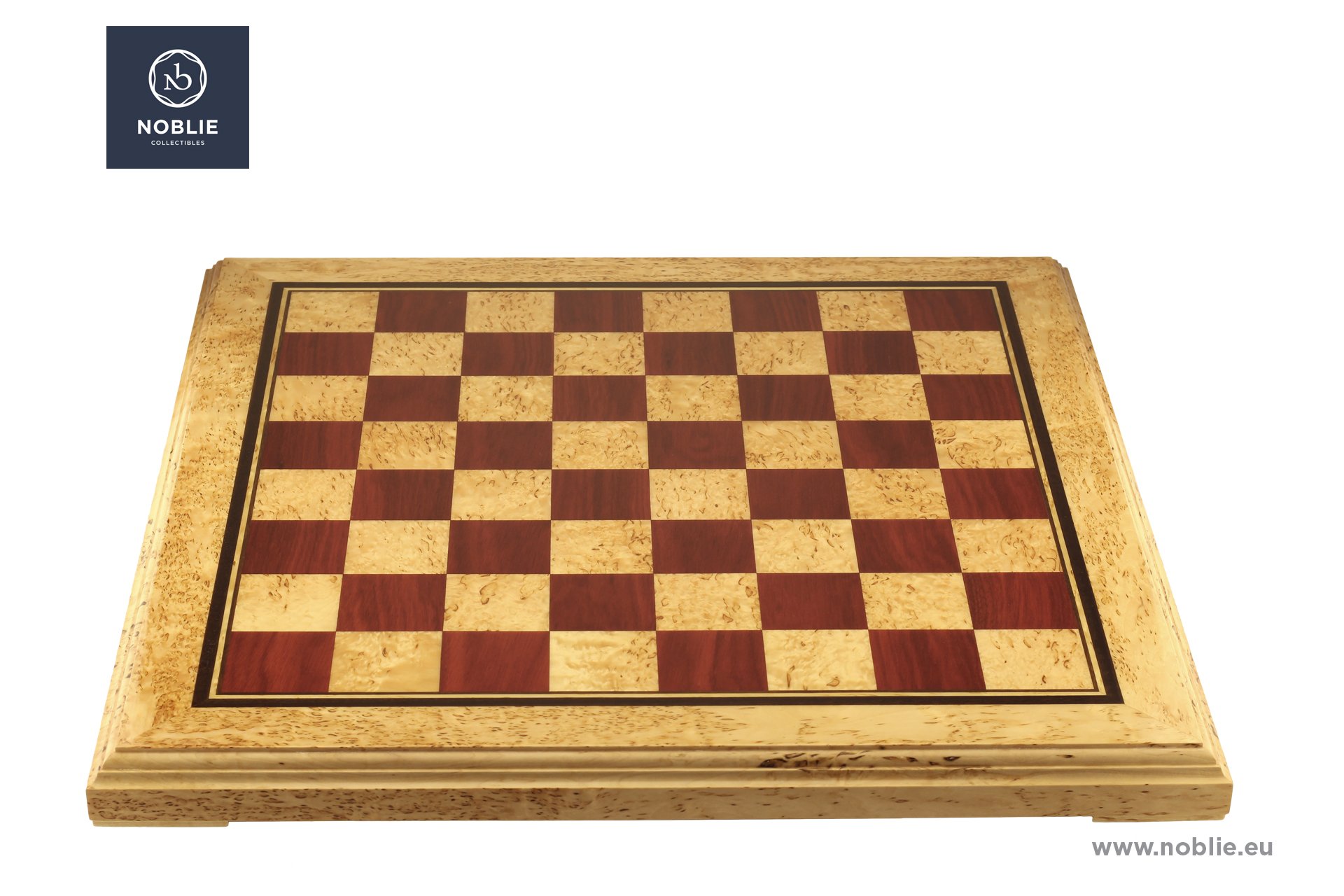 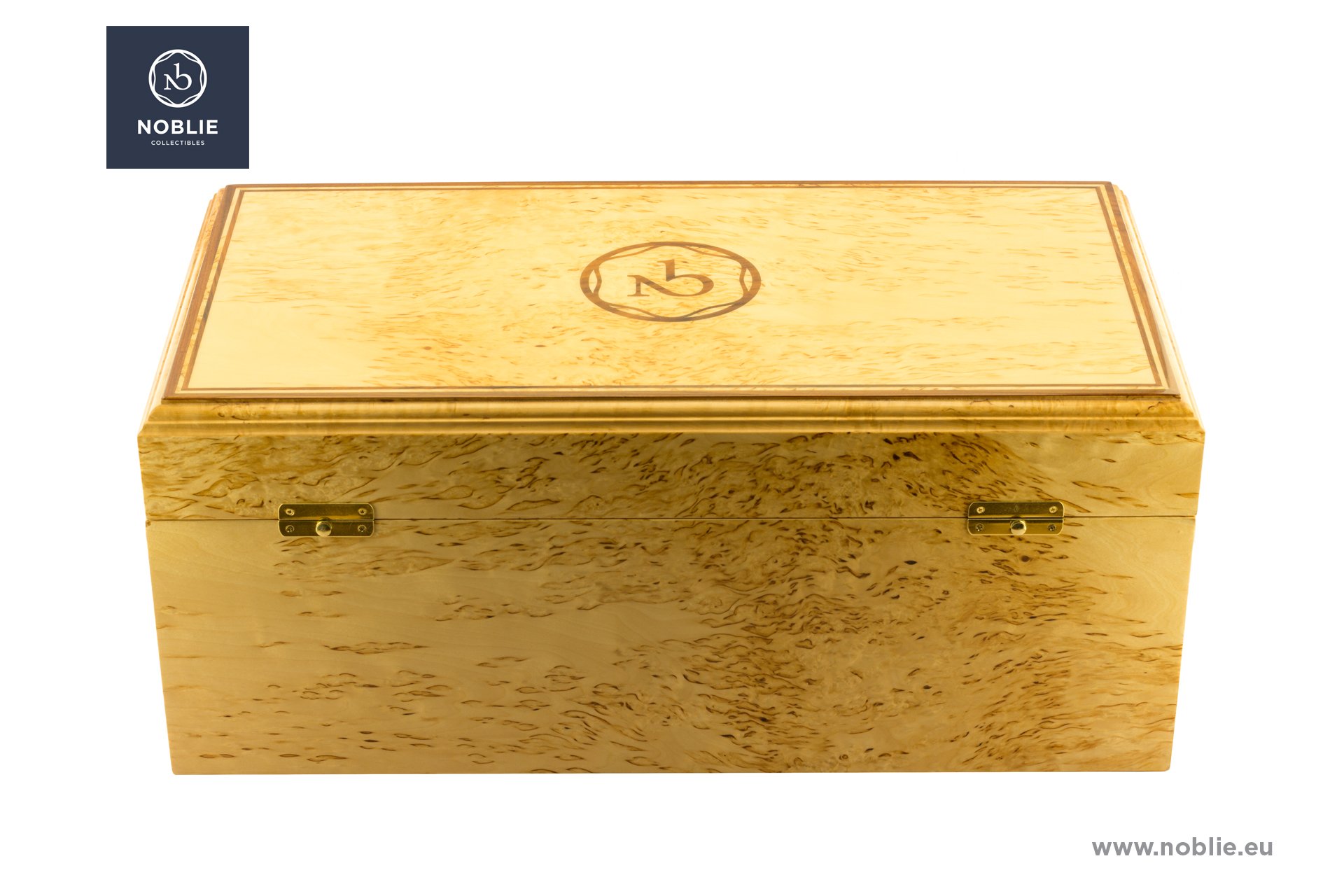 Collectible chess set made in a single copy.
Handmade porcelain collectible chess set that represents the battle of Borodino in 1812 between the Napoleon’s French Grande Armey and the Russian Army, led by Prince Mikhail Kutuzov. The battle of Borodino represents the last Russian effort at stopping the French advance on Moscow. The chess set pieces are divided into two armies – the white ones for Napoleon’s army and the golden ones for the Russian army. The figures of the two kings embody Napoleon and Kutuzov. Two opposing queen figures that represent the high command officers of each army. Bishops are the flag- bearers. The knights for the cavalry officers. The rooks for the infantry officers. Pawns for the soldiers from both armies. Artistically painted, with additional gilded adornment.
Handmade chessboard of Karelian birch has multilayer polished.

When you click on BUY NOW button, you are sending an order for the chosen item.
In this order is mentioned: Country and location for delivery
Preferable payment method
Your contact information