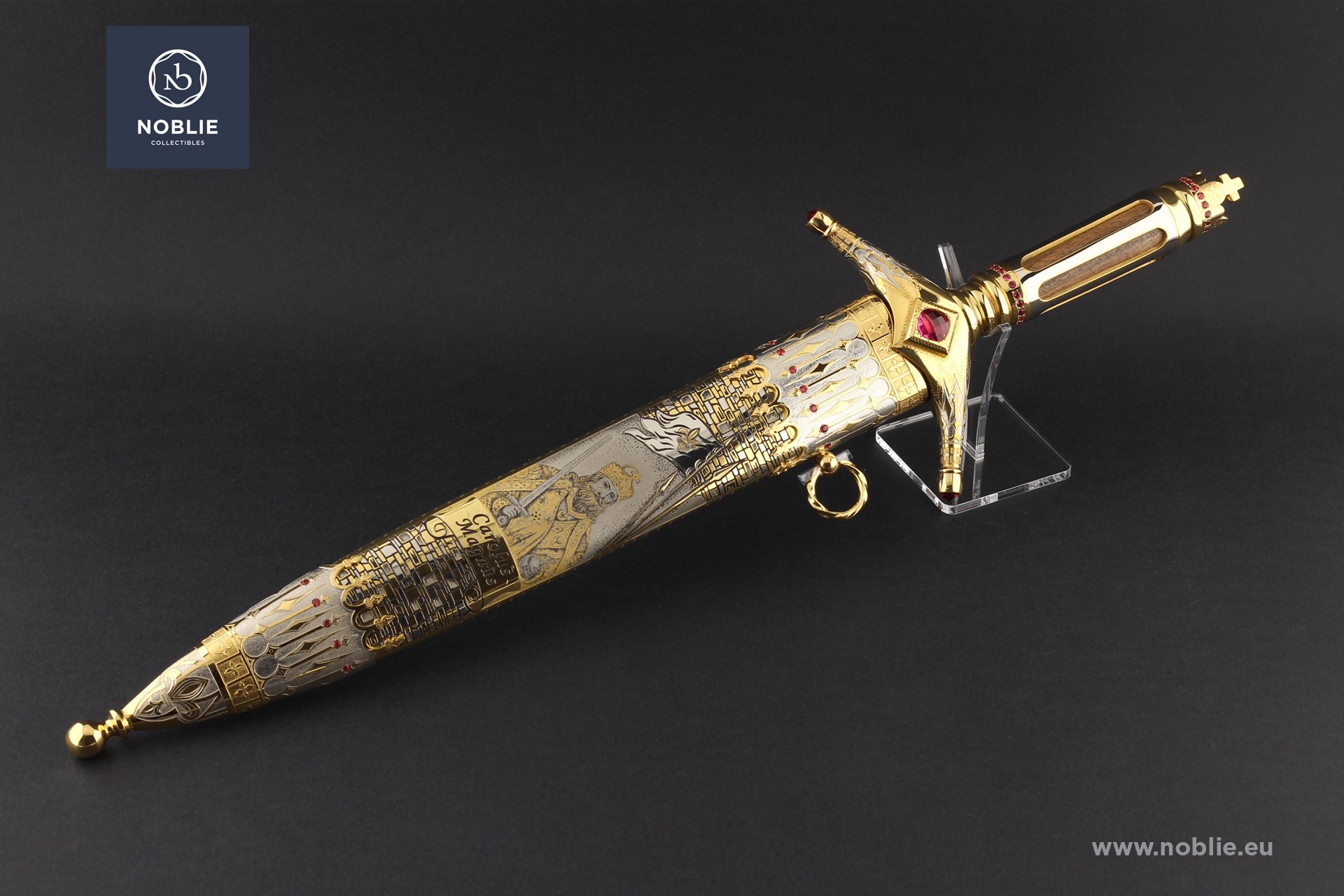 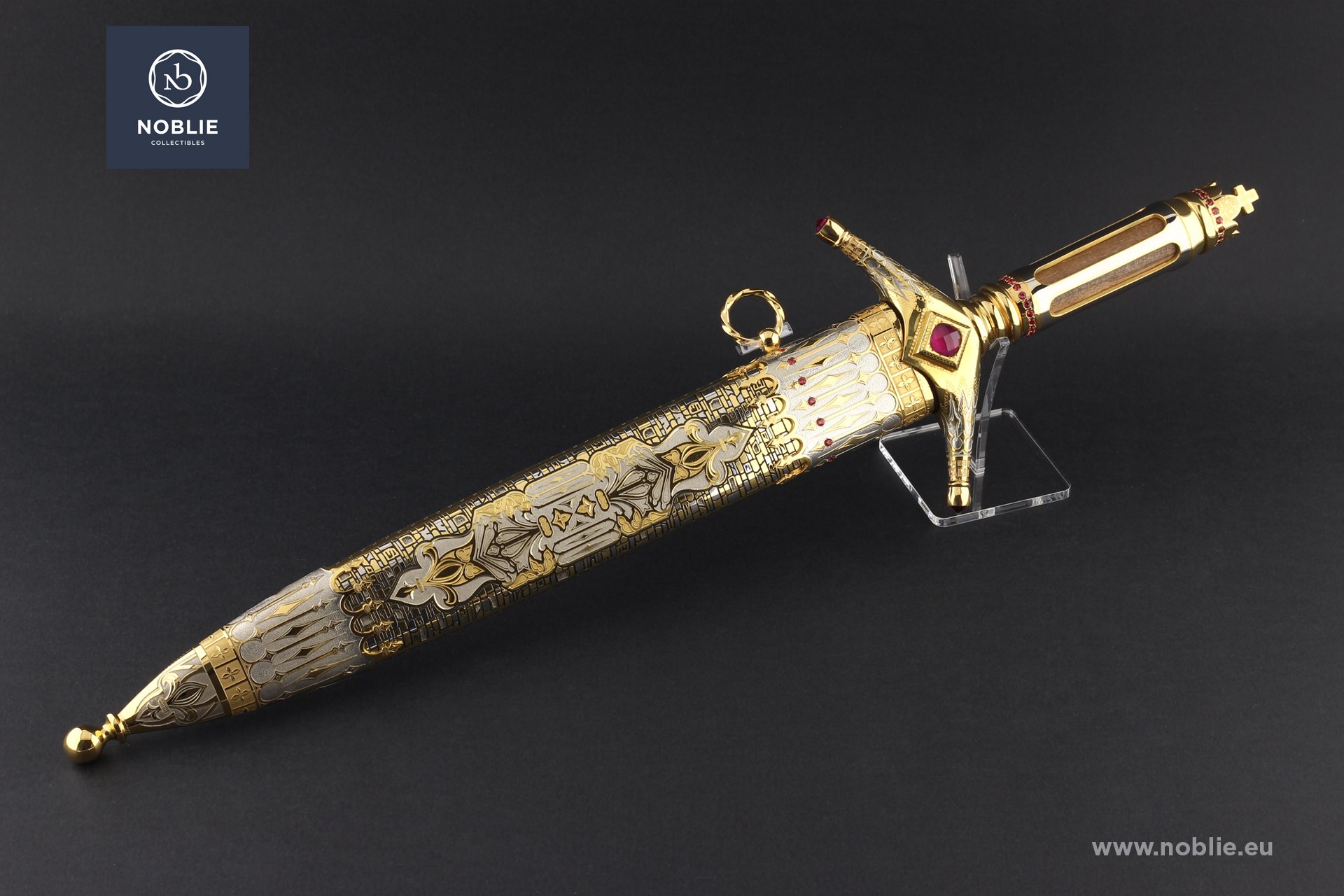 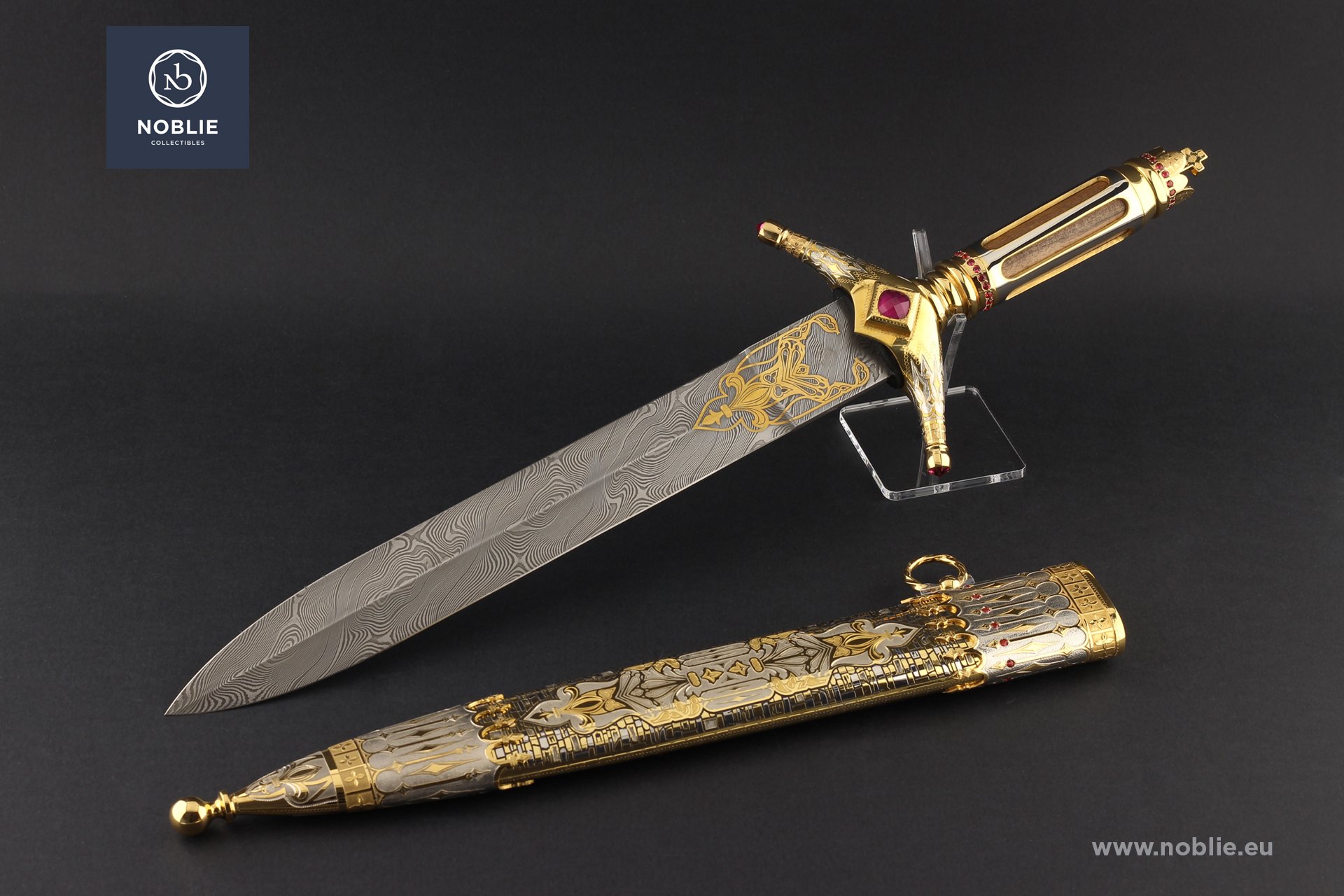 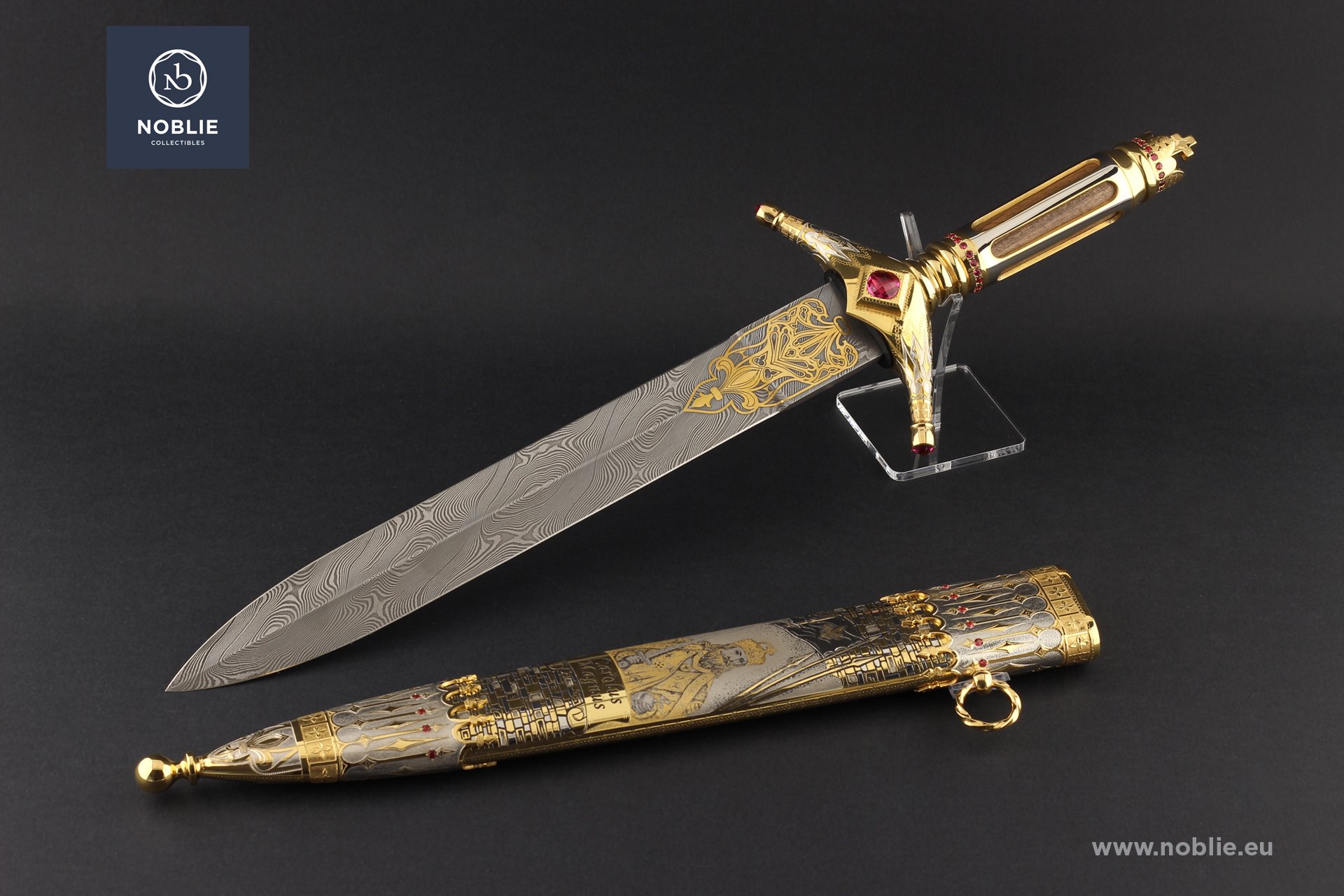 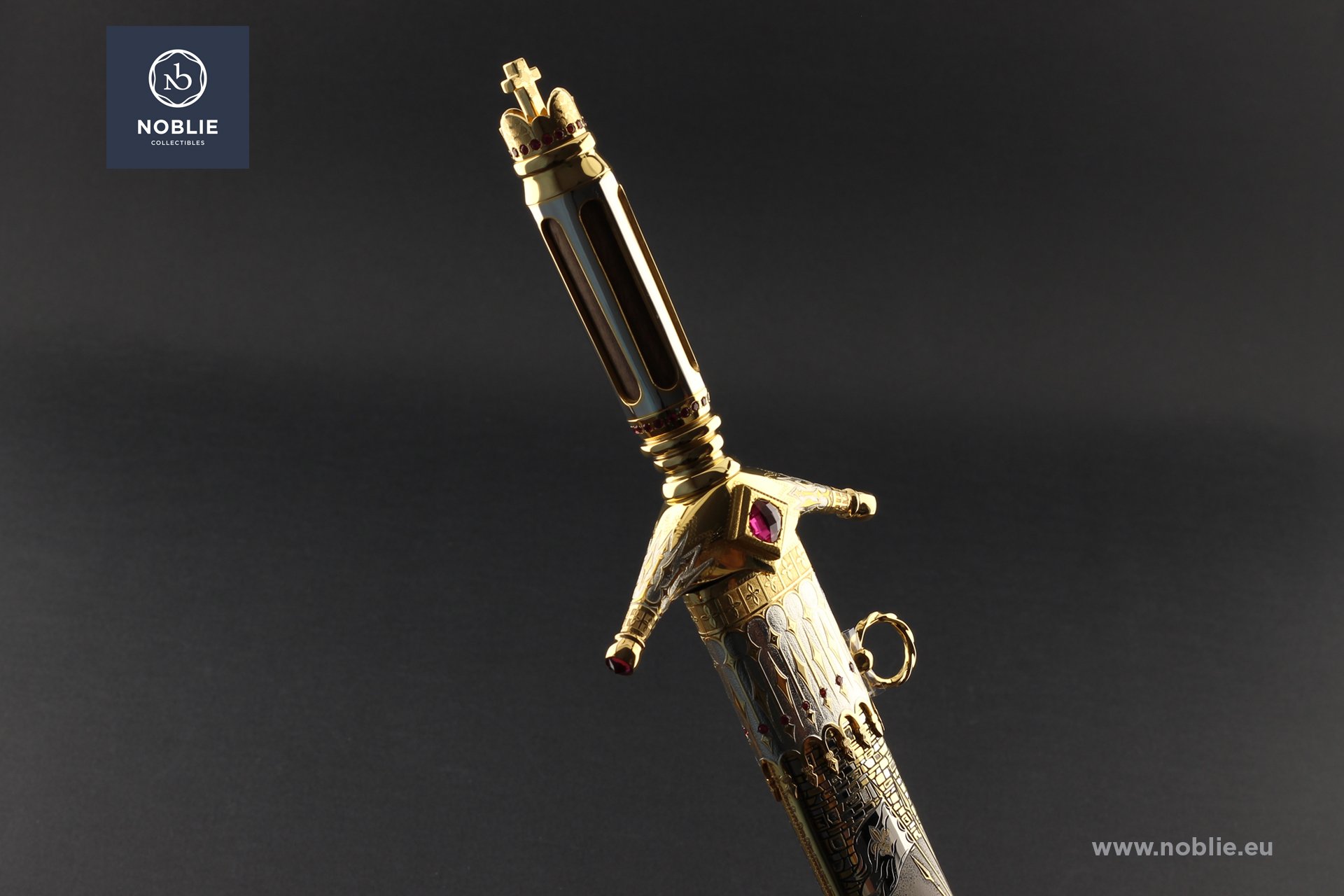 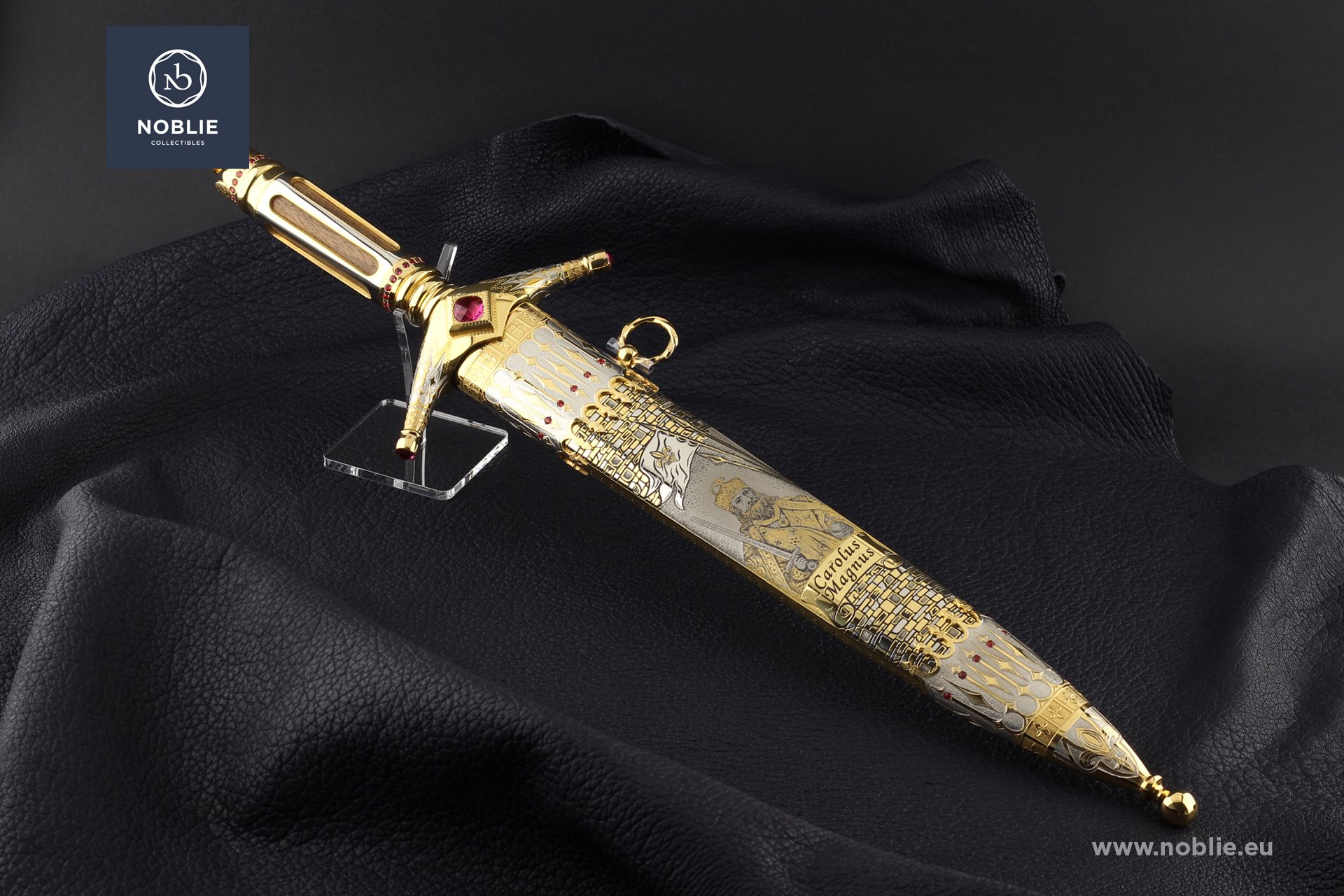 Handmade dagger produced by traditional methods of metalwork and decoration techniques: forging, etching, polishing, engraving, nickel plating, gold plating, blackening.
Blade of Damascus steel with distinctive pattern. Engraved and gilded lily heraldic sign on one side.
Handle made of assembled wooden and metal parts. Grip basis of walnut on which is placed additional brass casted and gilded metal element. Two rings with inlaid gems one close to the guard and another one close to the pommel. The pommel itself is shaped as a crown. Cross guard with two inward carved quillions, decorated with engraving and gilding. A rhomb figure in the center both side of the guard with hemisphere gem inlay.
The scabbard is made of metal elements by different techniques of processing and decoration. The central composition figure is the portrait of Charlemagne-Charles the Great in his coronation as the Emperor of the Roman Empire. He is depicted in his full power, with crown on his head, with a sword in the hand and two spears and a standard above. An inscription Carolus Magnus below. The portrait is situated midway between two depictions of fortress walls. Cut ornamental figures on the locket that represent the arrow slits of a tower. Additional decoration of the locket and the chape with engraved and gilded geometric and lily figures and gem inlay. Round tip finishing. One decorative suspension ring.
Manufacturing process: 71 days. 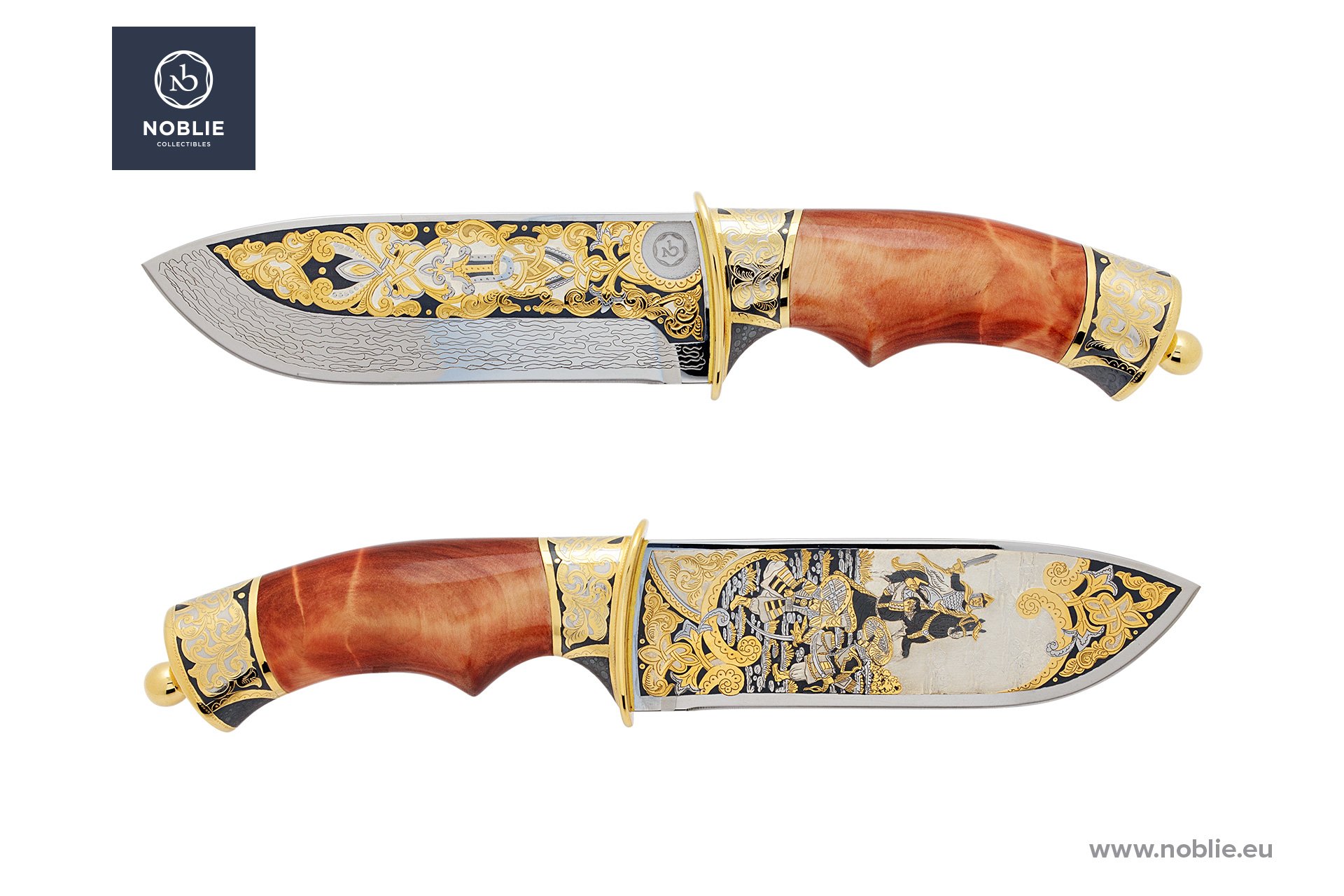 Art knife ”The battle for Europe” 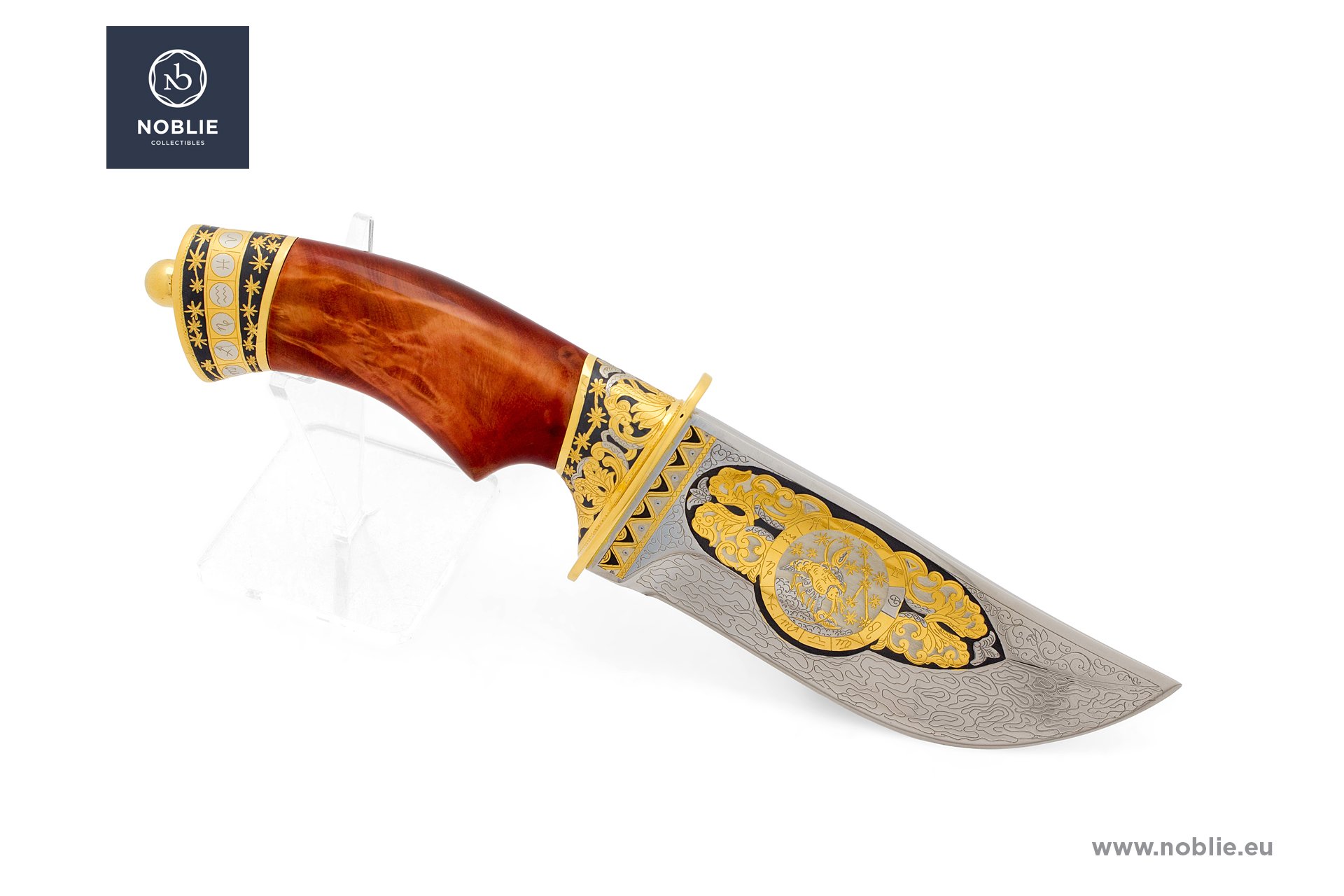 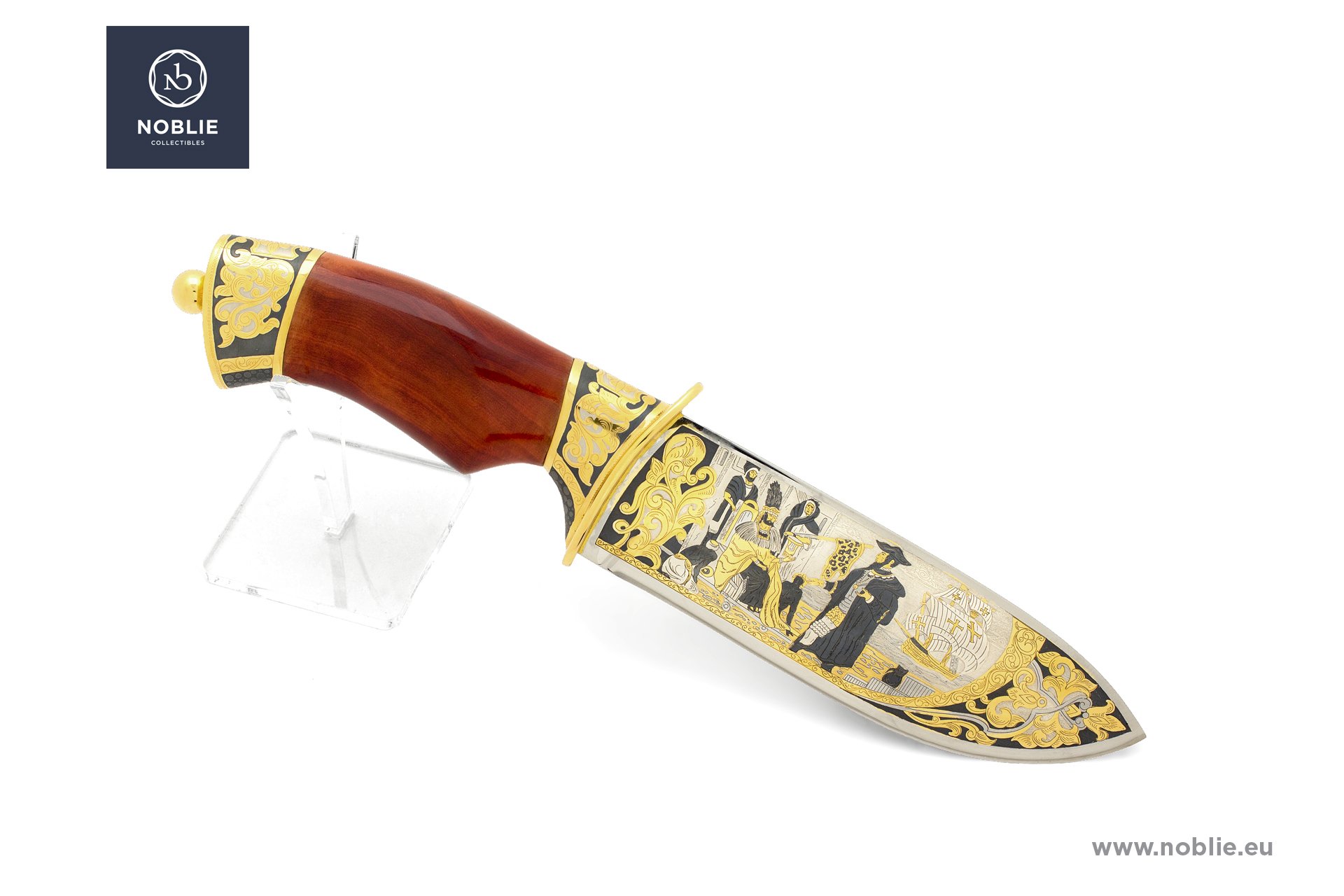