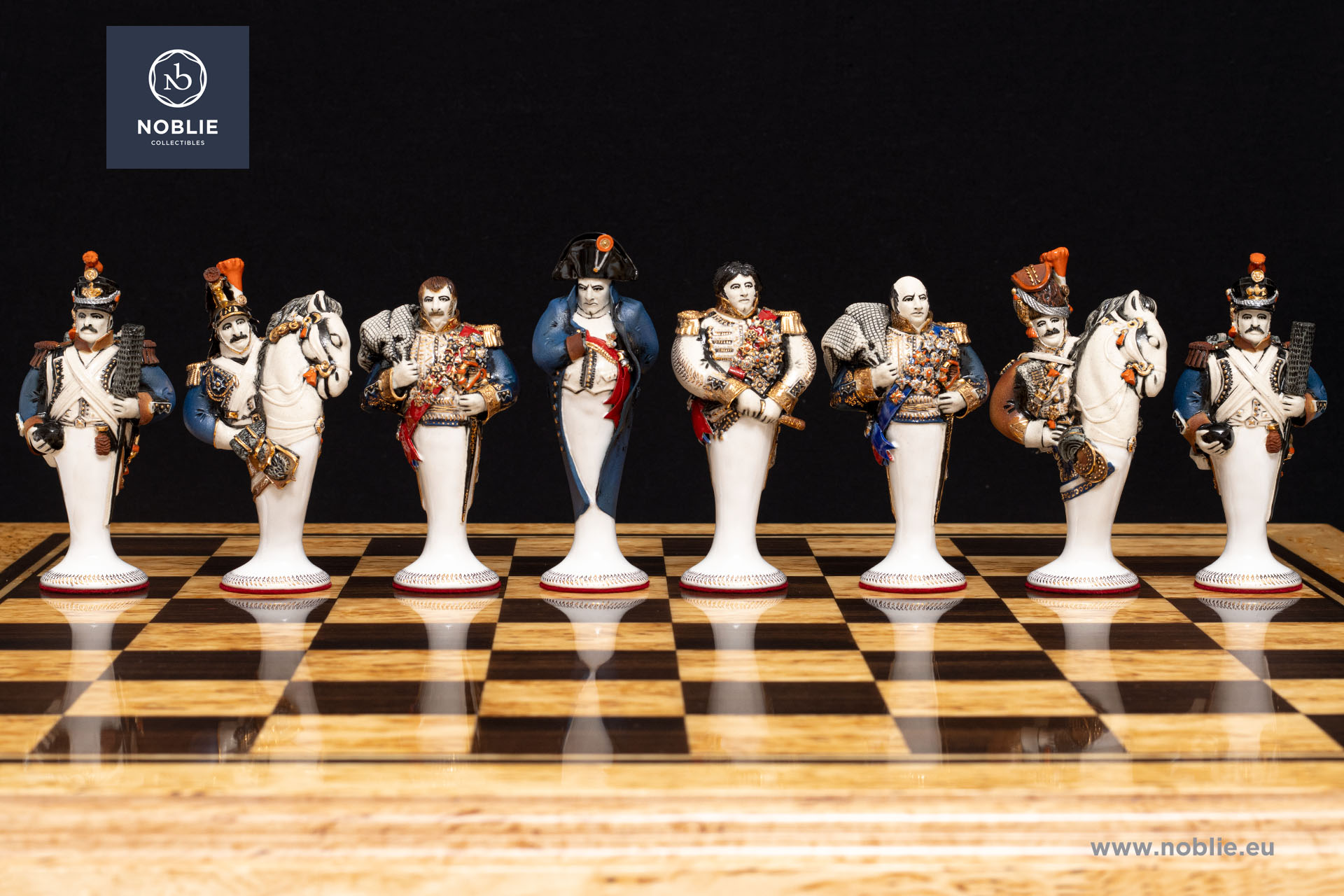 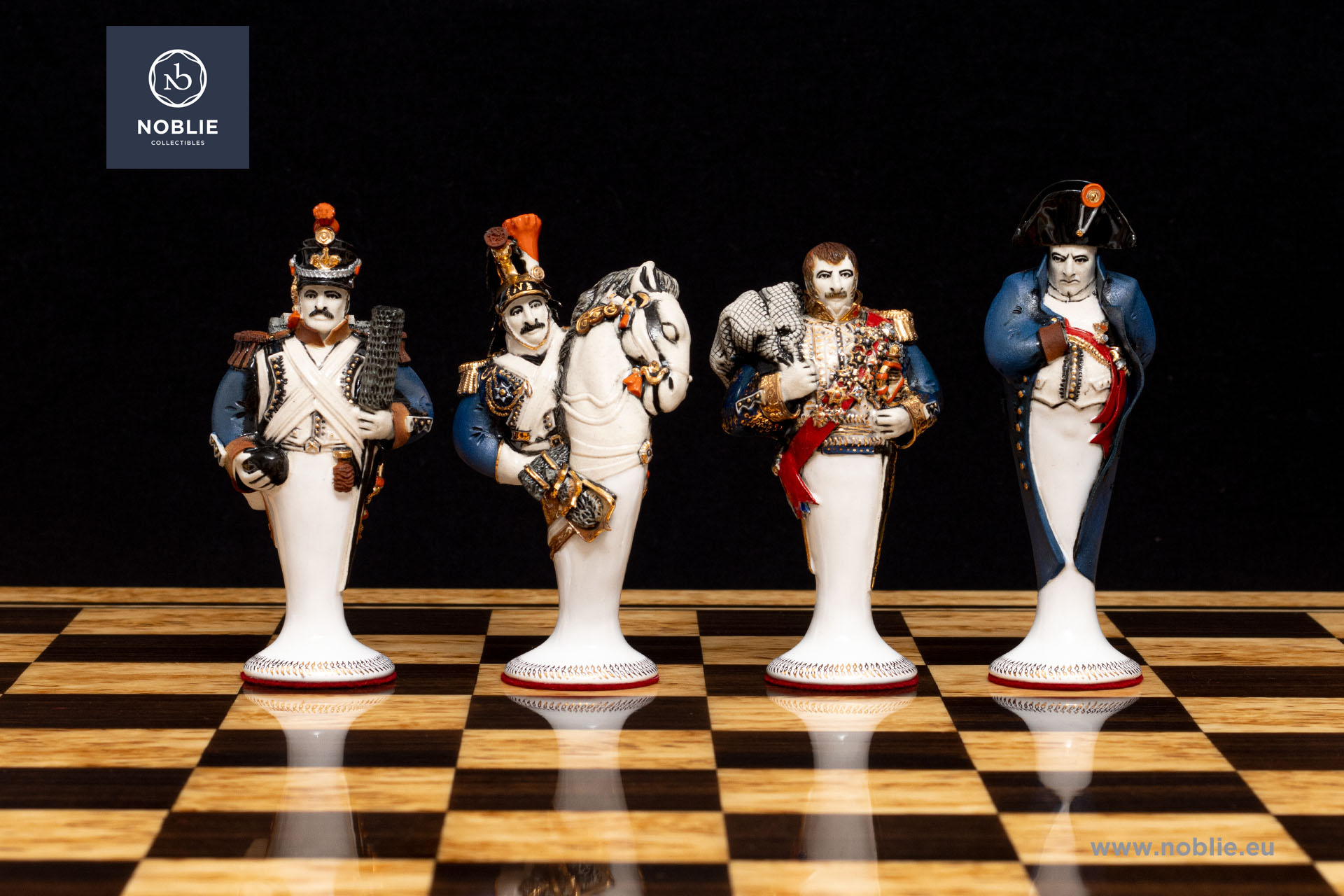 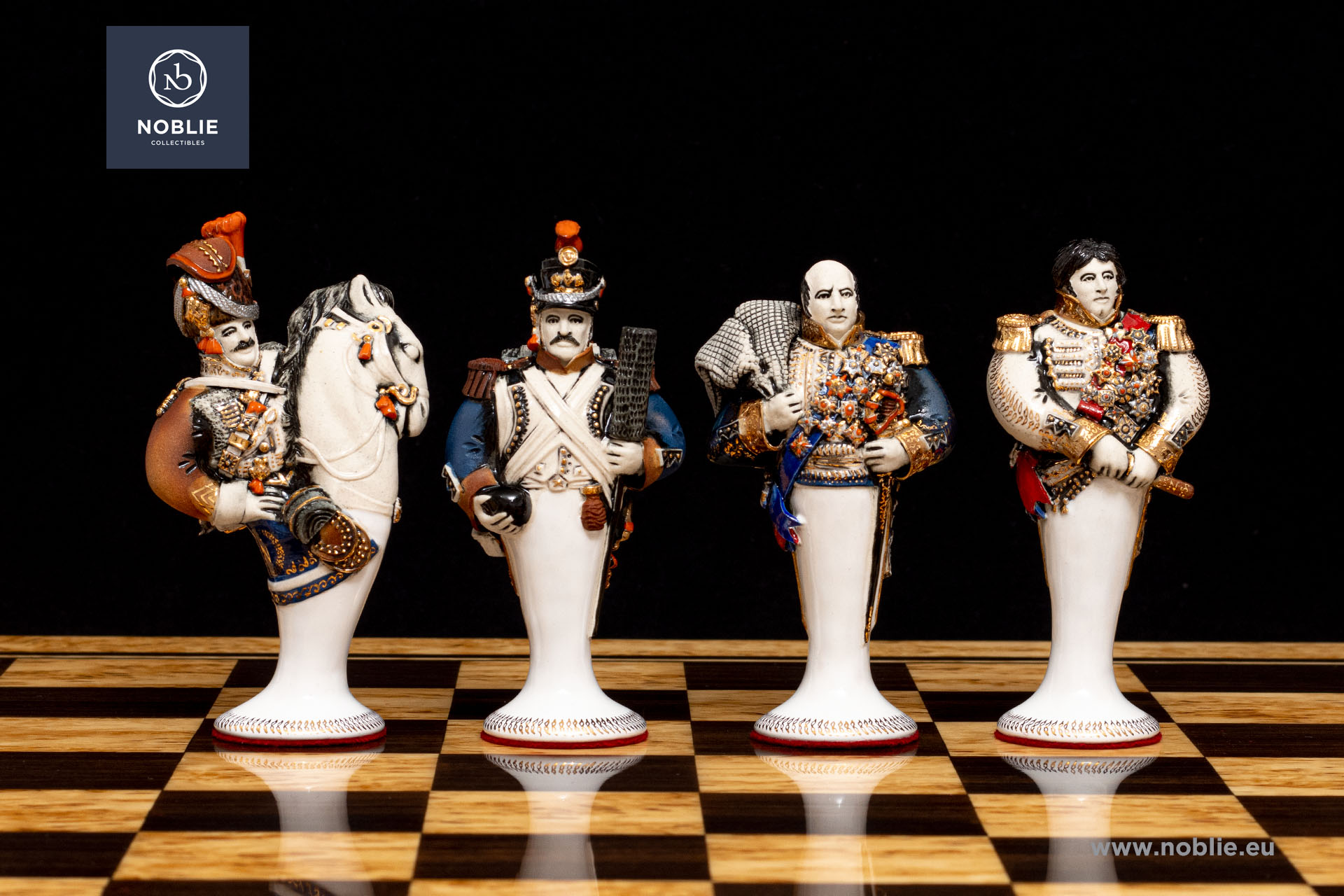 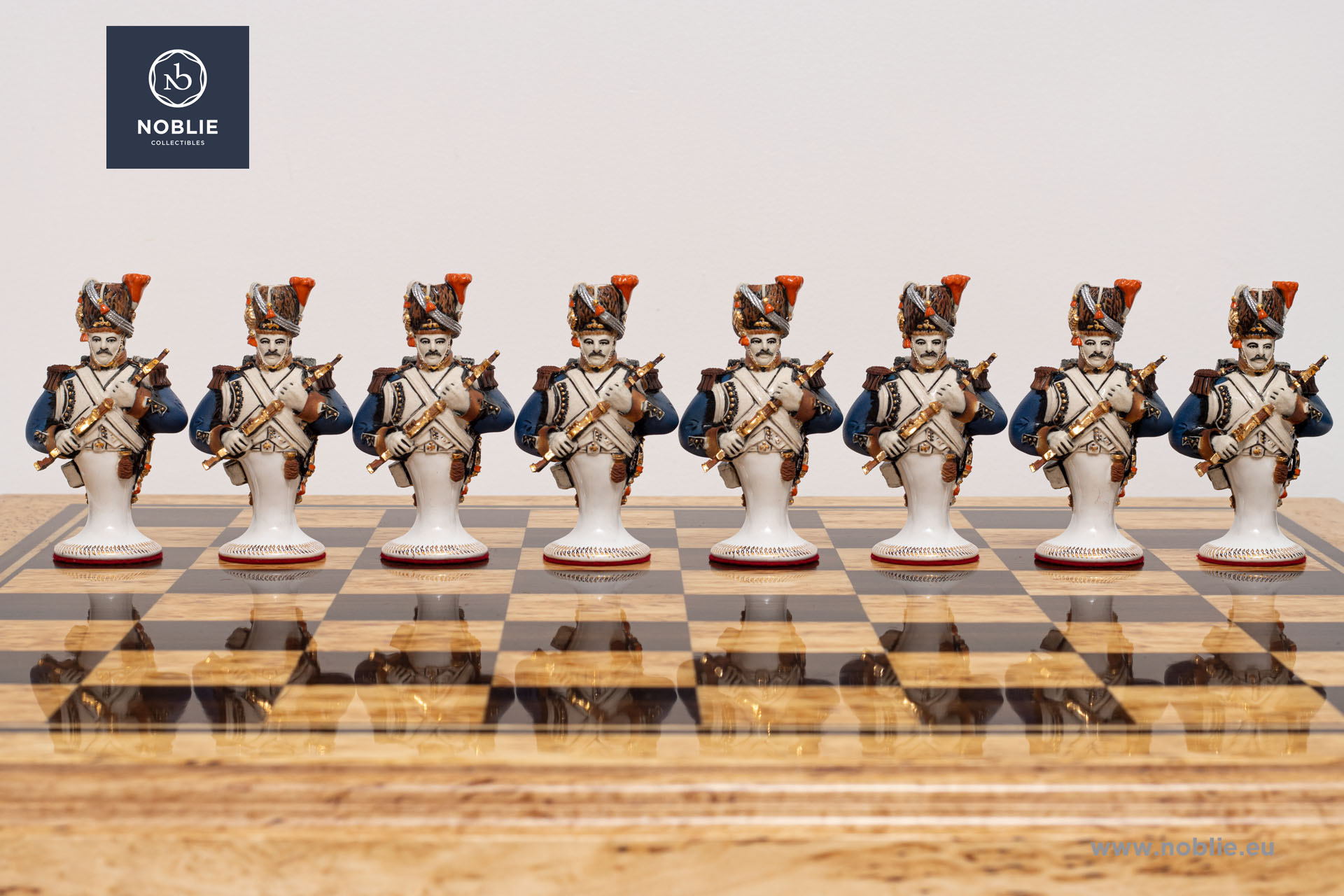 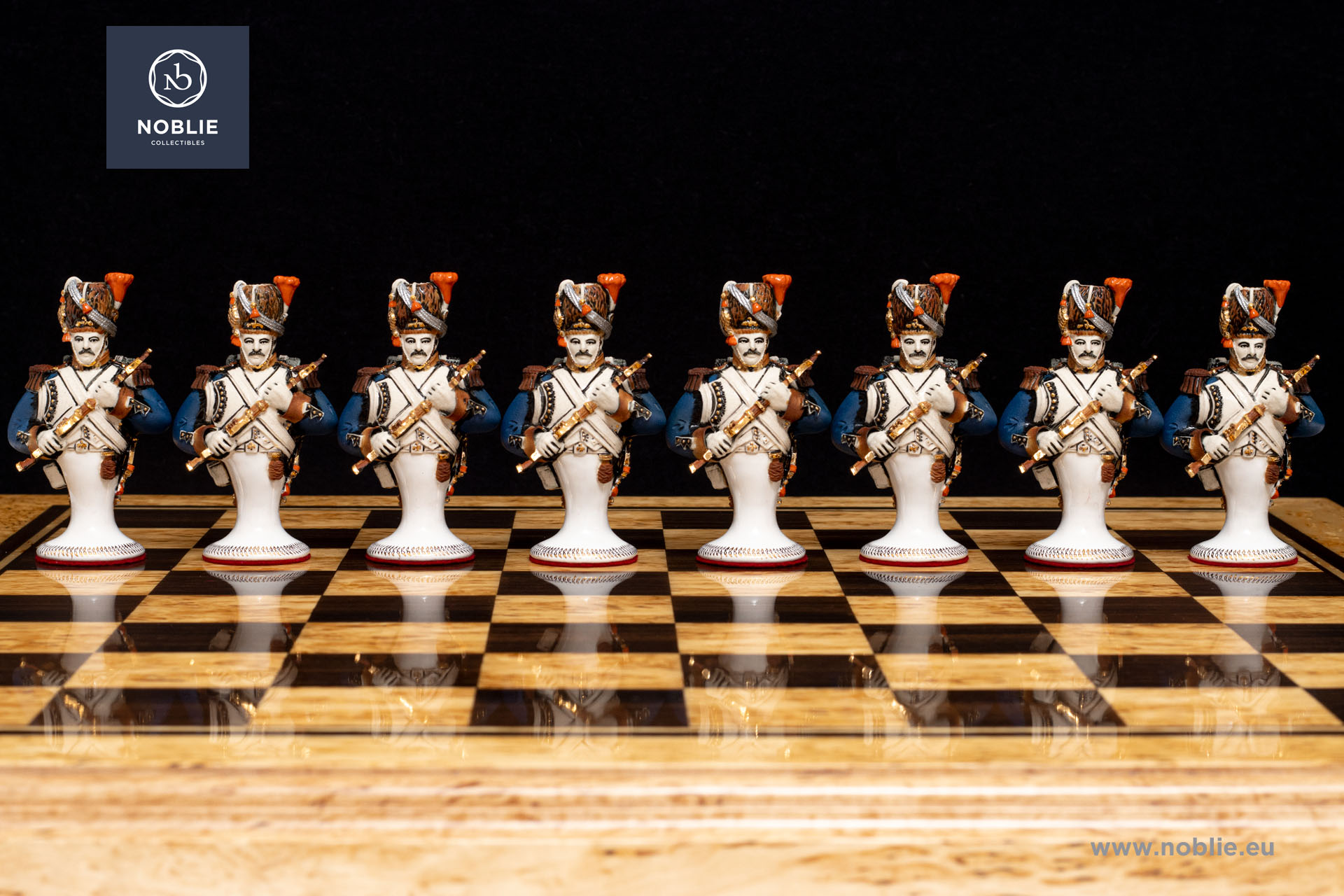 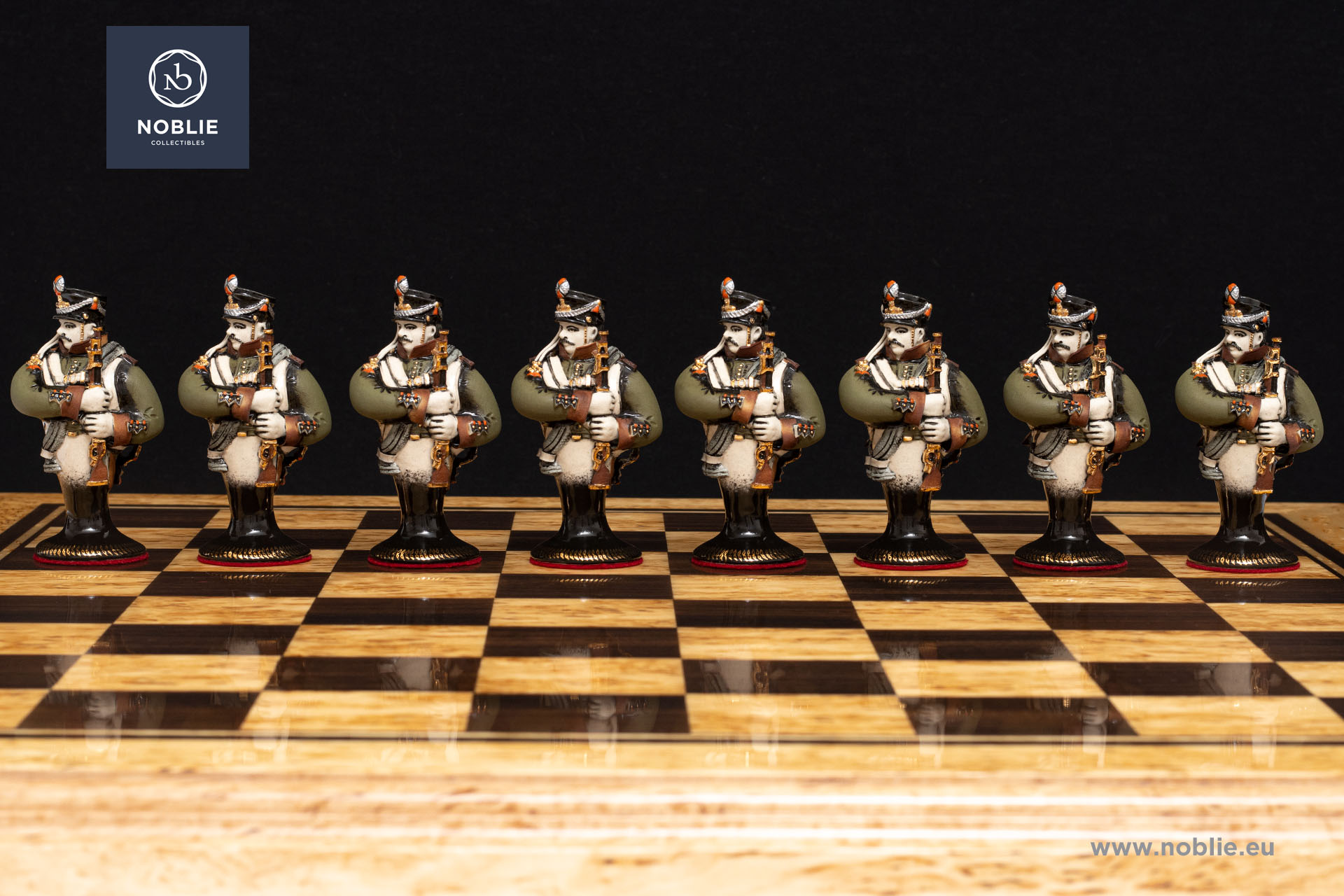 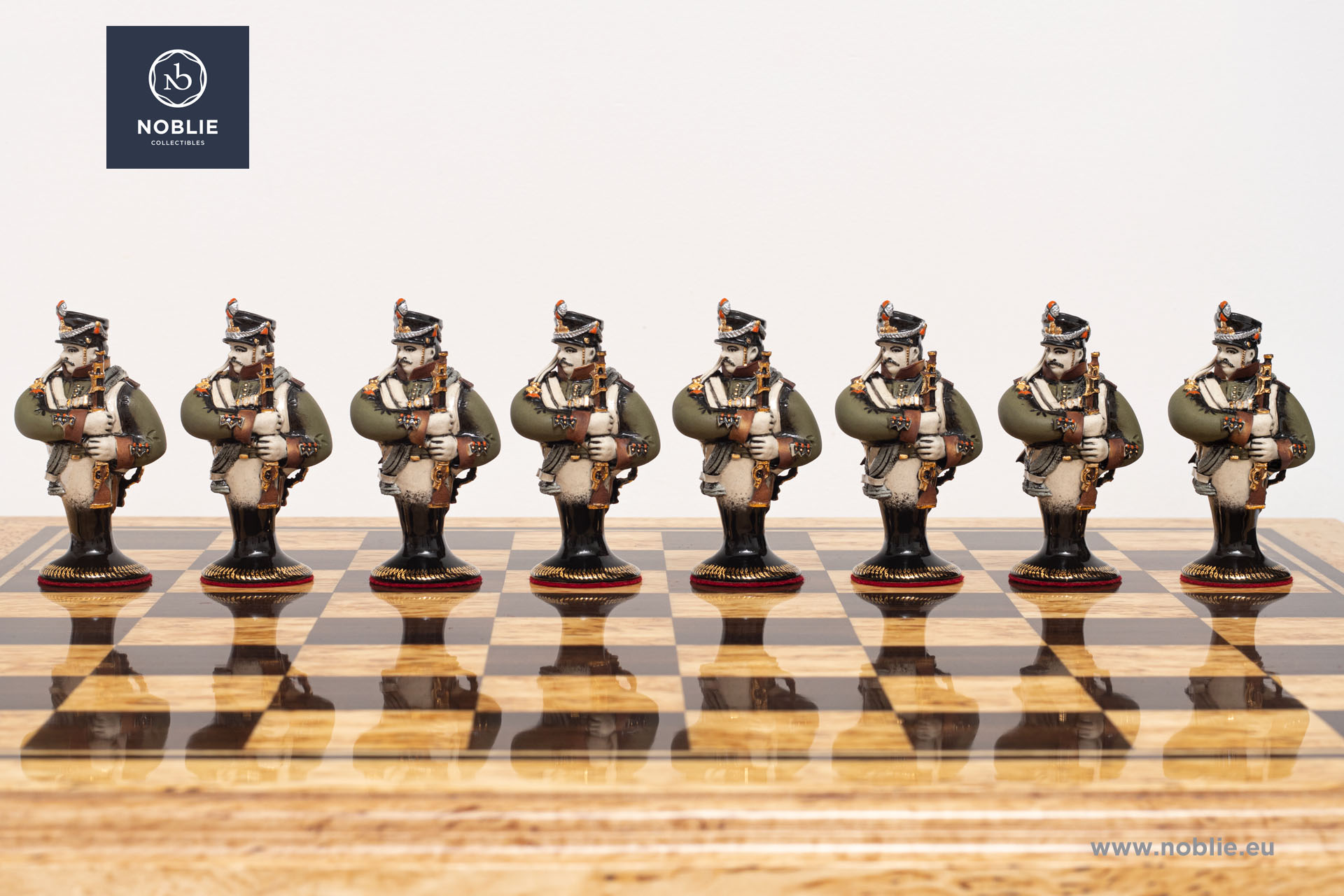 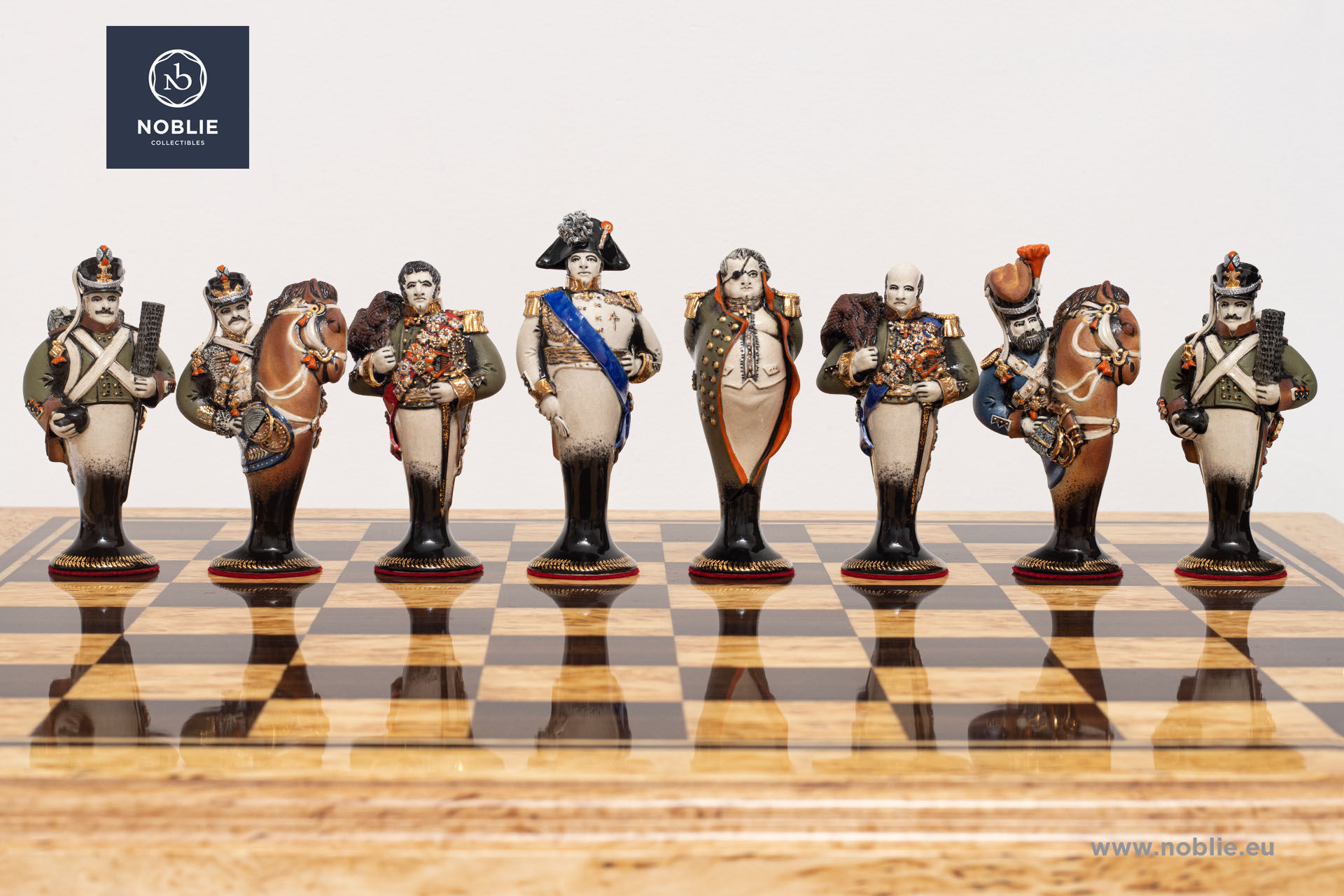 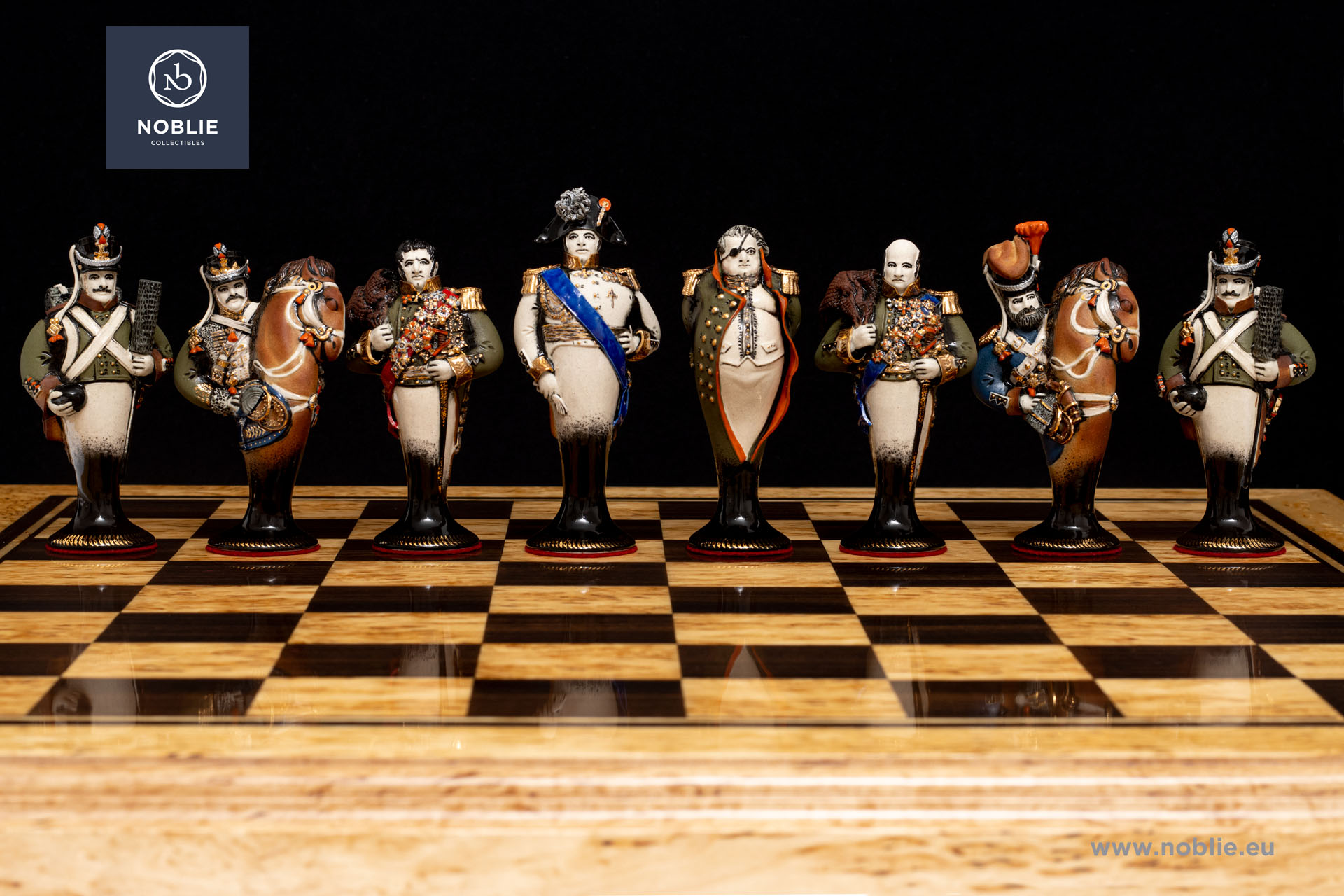 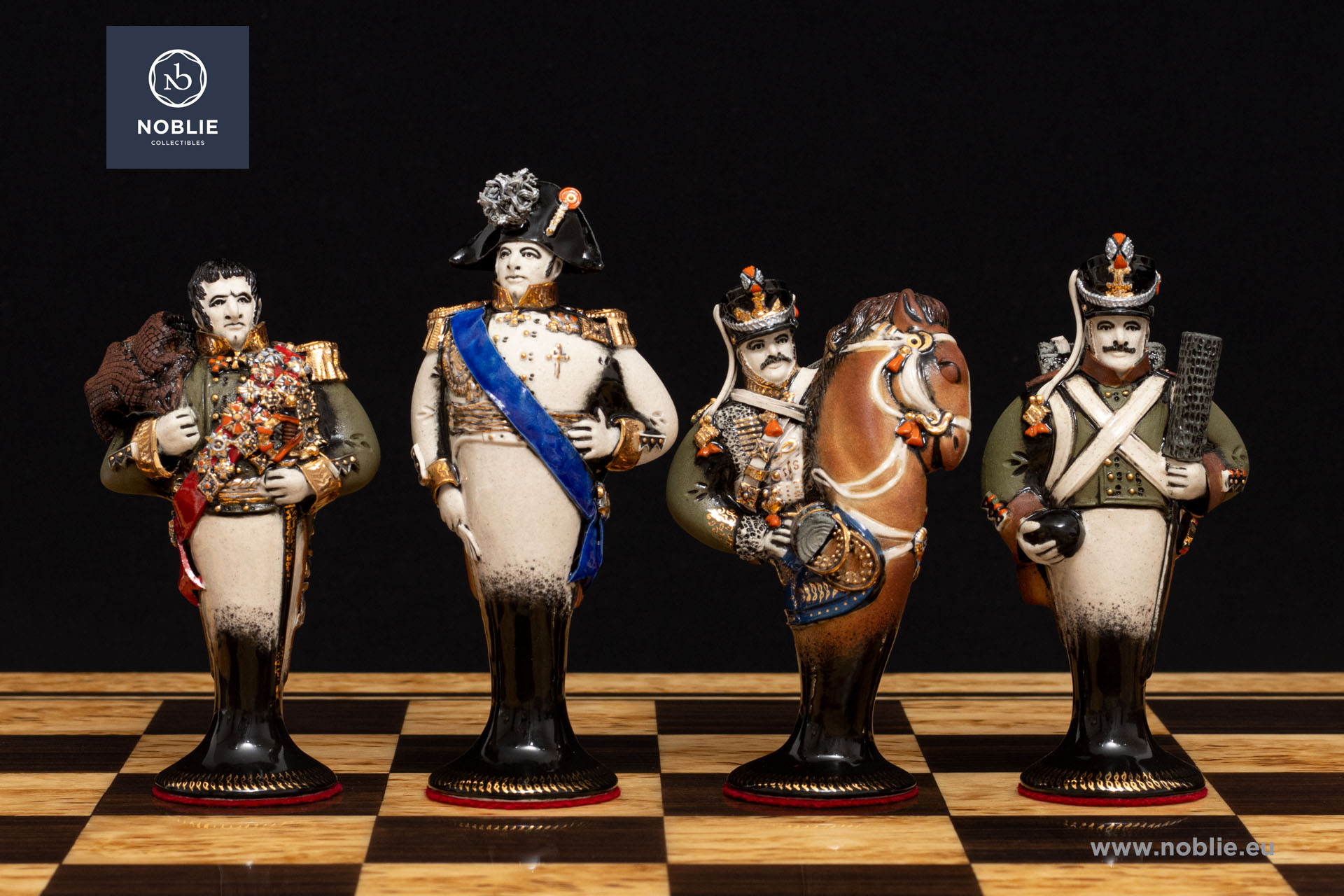 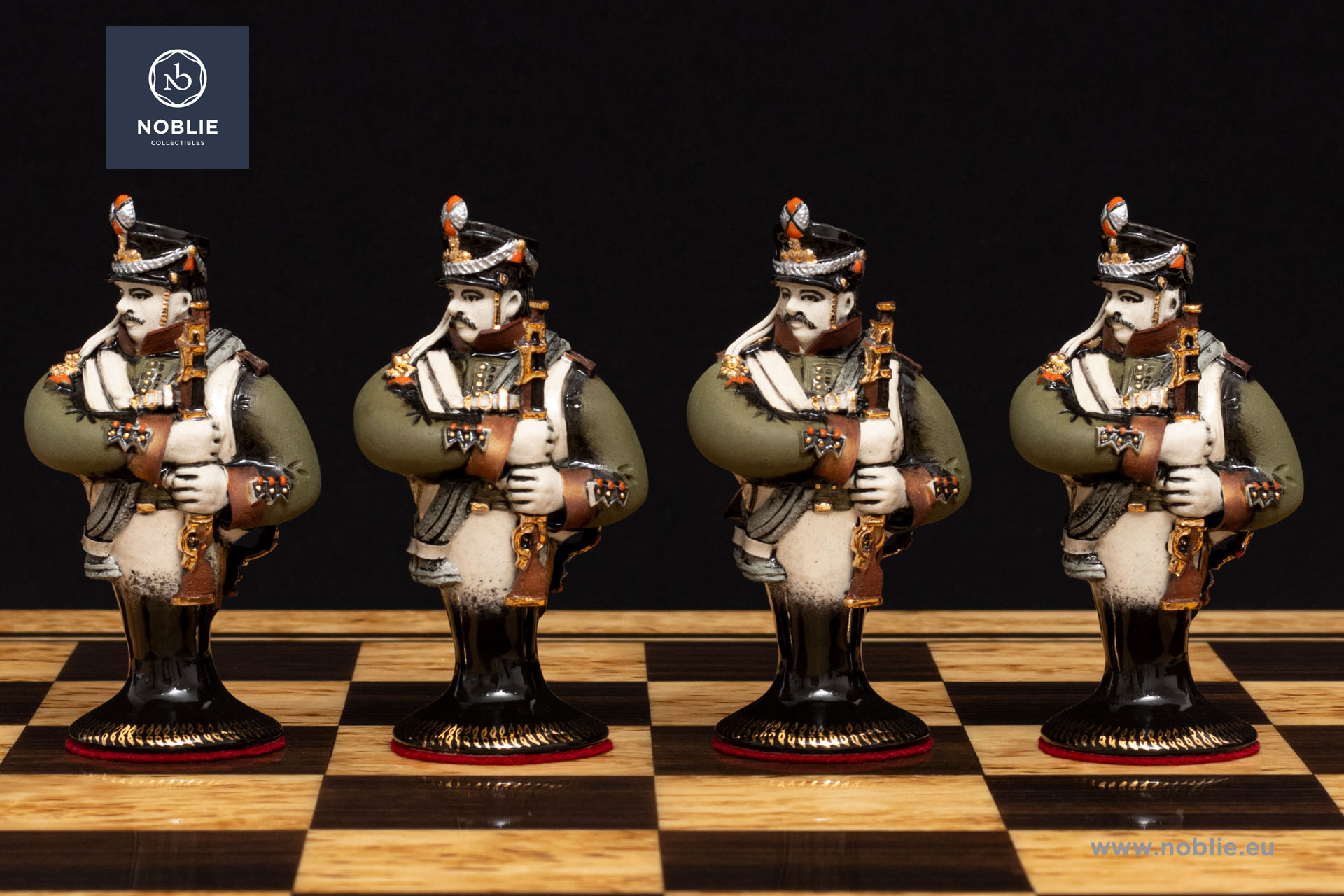 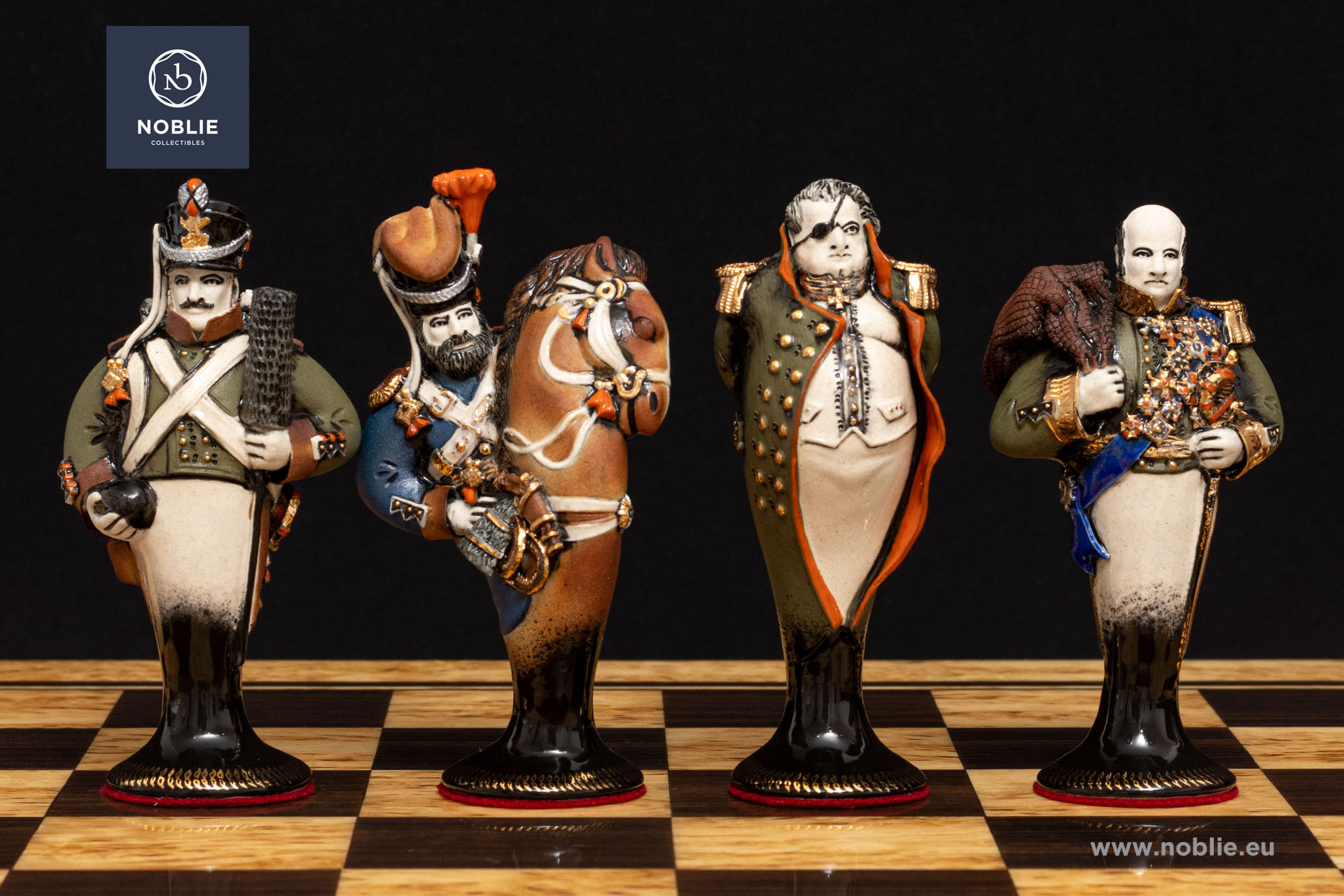 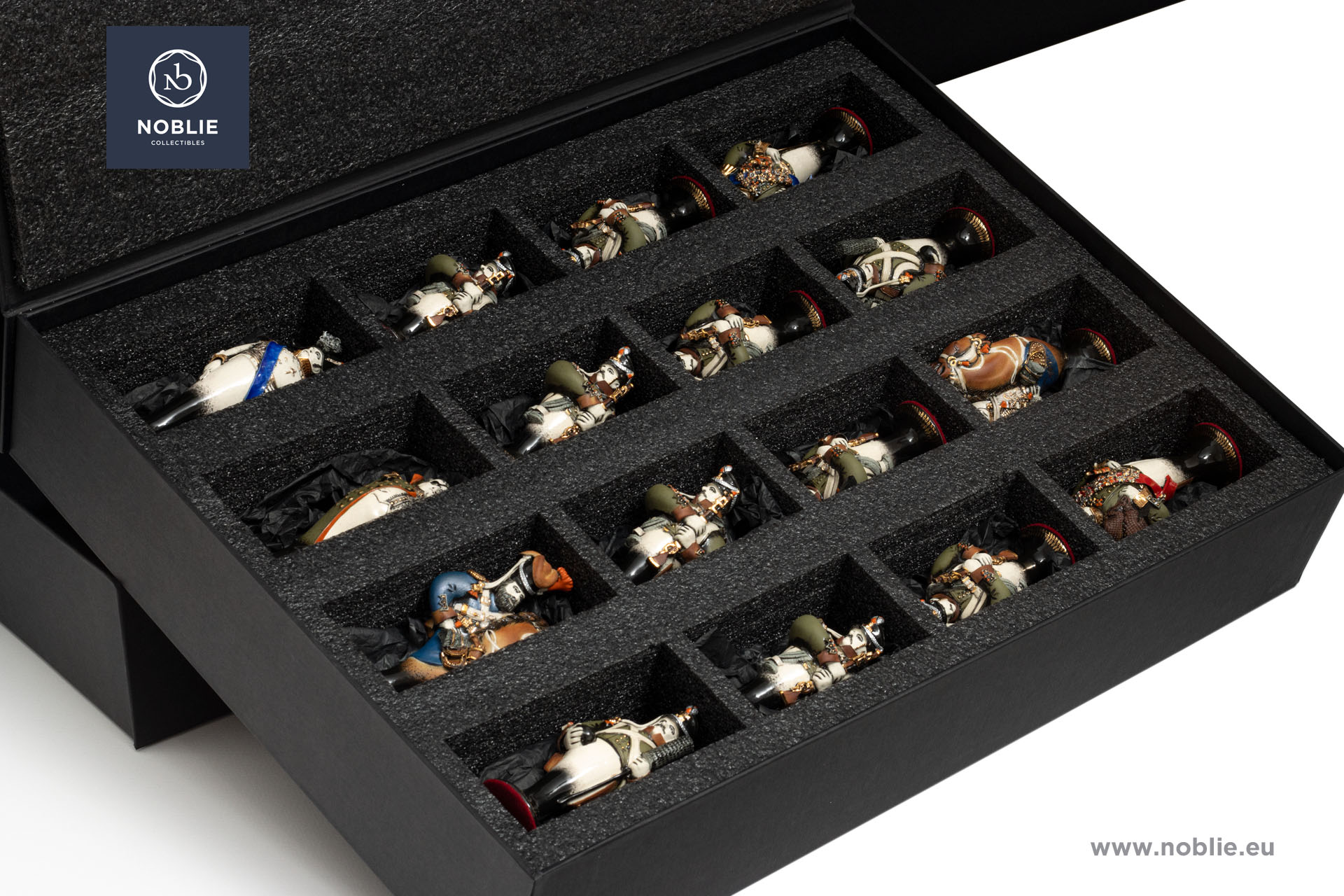 Porcelain chess «Napoleonic era».
The Napoleonic era is a period in the history of France and Europe. It is generally classified as constituting the fourth and final stage of the French Revolution, the first being the National Assembly, the second being the Legislative Assembly, and the third being the Directory. The era of Napoleon began roughly with Napoleon Bonaparte’s coup d’état, the overthrow of the Directory (November 9, 1799), the establishment of the French consulate, and ended with the Hundred Days and his defeat at the Battle of Waterloo (June 18, 1815).
Porcelain chess pieces have a portrait resemblance to historical characters. Each porcelain chess piece is decorated with orders, weapons and dressed in costumes from this period of European history. Masters have invested a lot of work to depict the smallest details of each sculpture.
Artistically painted, with additional gold and platinum adornment.
Handmade chessboard of Karelian birch has multilayer polished. Porcelain chess pieces are packed in a designer cardboard box. 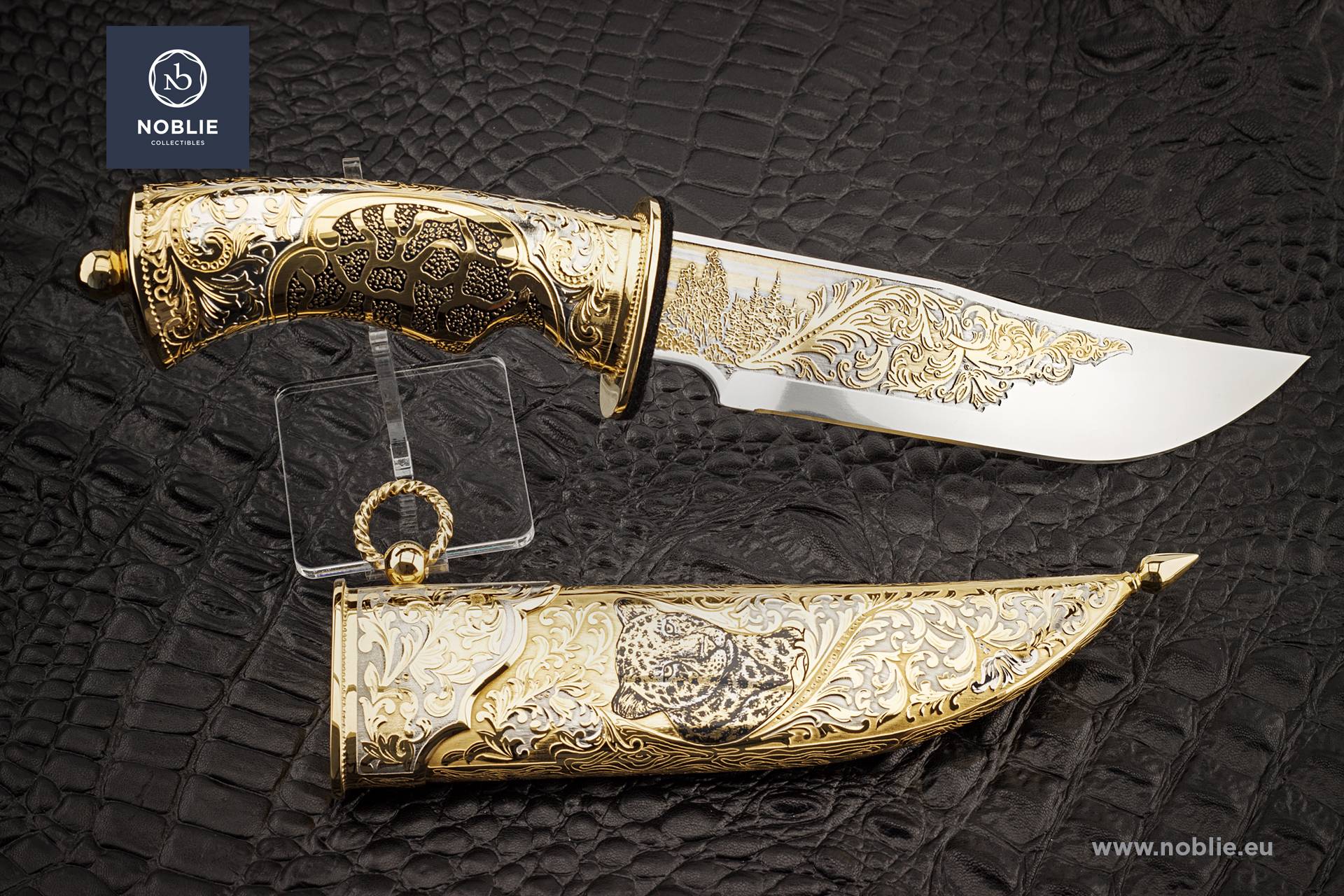 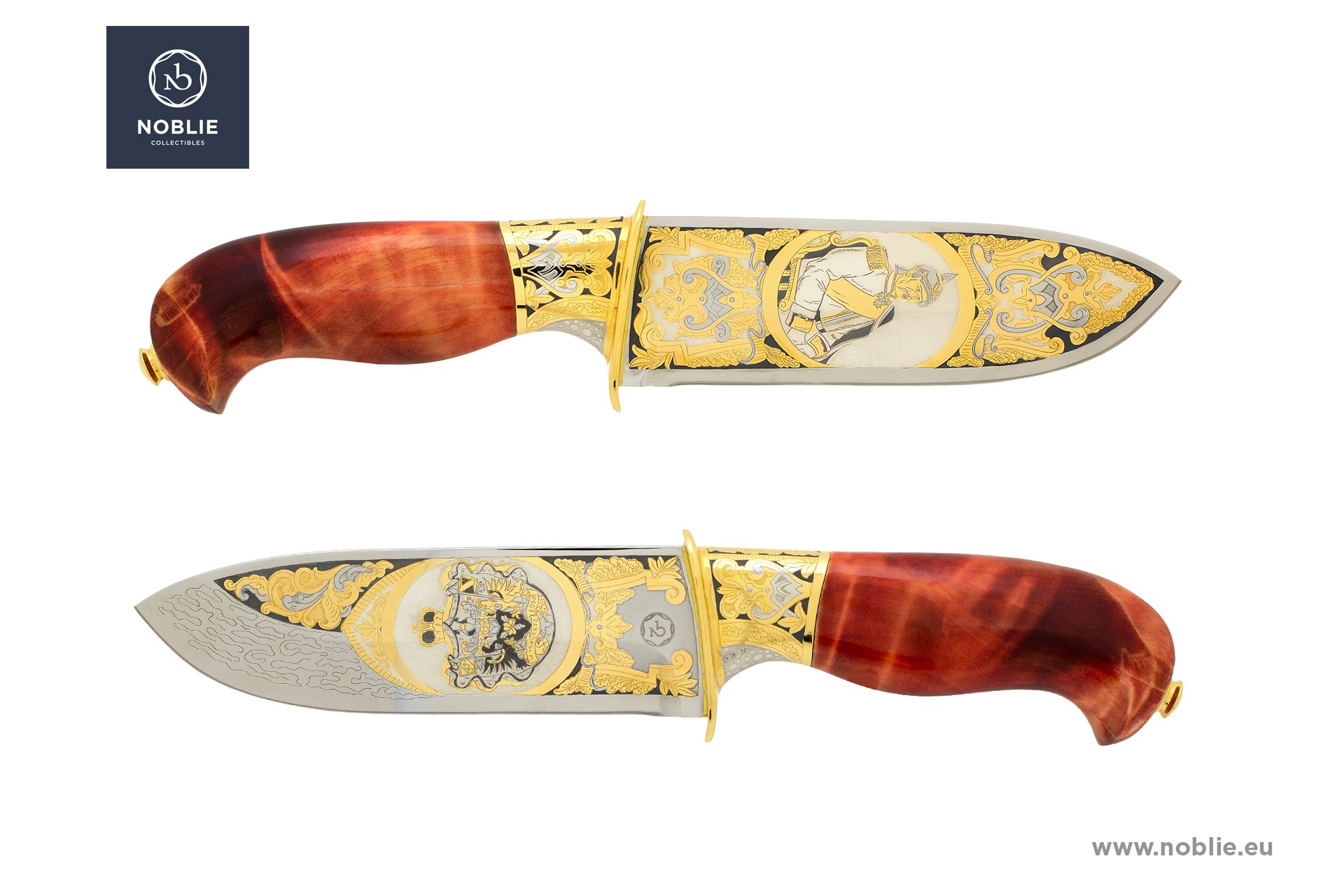 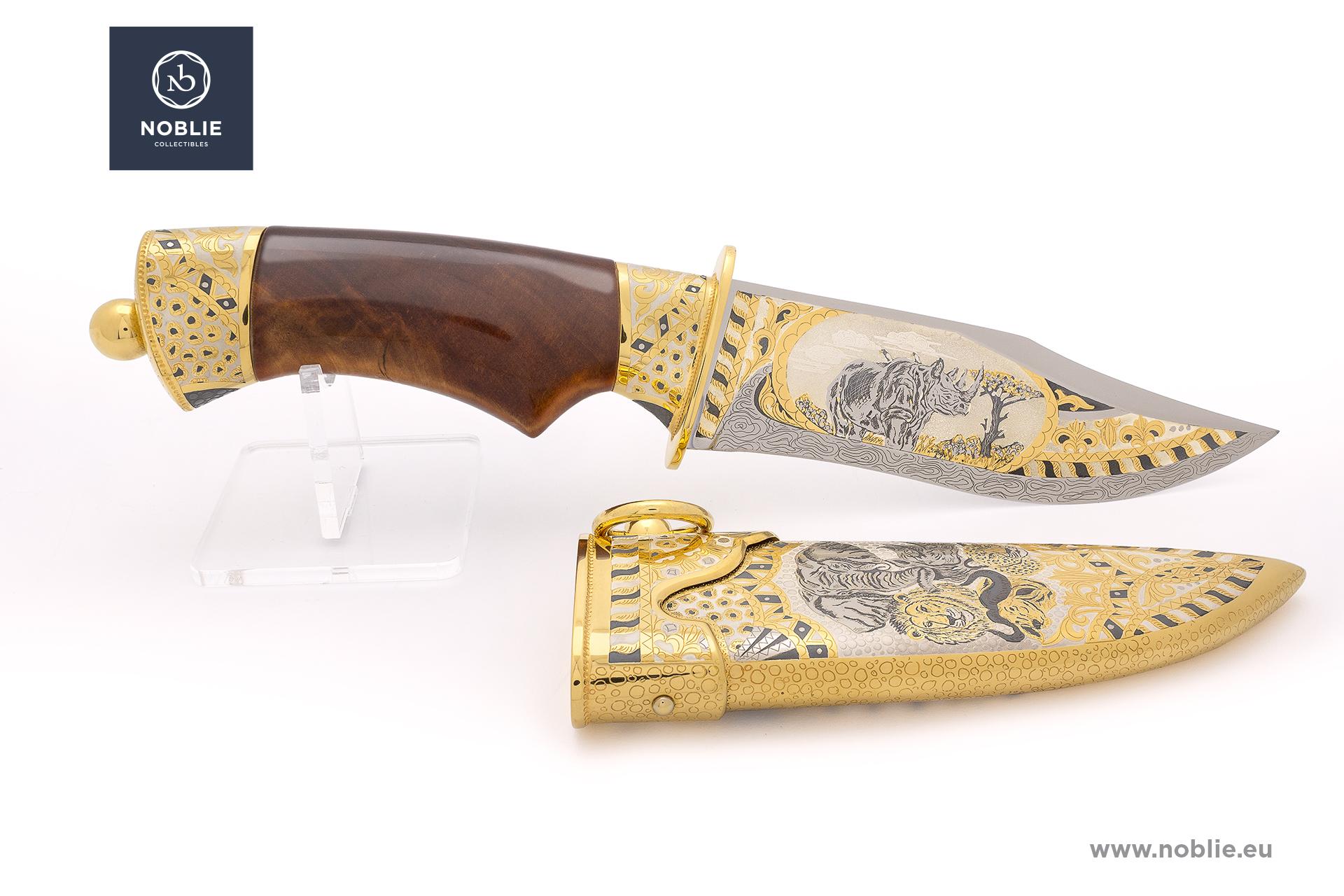